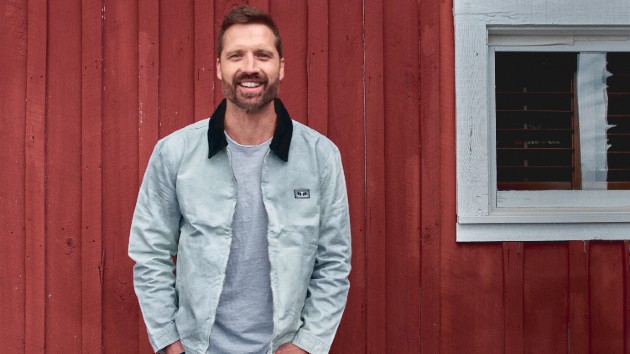 A few months ago, Walker Hayes was a country singer who’d had a couple of hits.  But his ode to date nights at Applebee’s, “Fancy Like,” turned him into a TikTok celebrity, and then a bonafide pop star.

“The idea really spawned from a conversation when me and my co-writers about the misconception that all celebrities live a very lavish lifestyle,” Walker explains to ABC Audio.  “I think most people just think that if you’re an artist, if you’re a performer, if you’re a songwriter and you’re paying the bills, you live in a mansion and you always eat at Ruth’s Chris and you always wear expensive shoes. And that’s not necessarily true,” he points out.

“I just basically wrote the song to say, ‘Hey, I’m pretty simple guy, ’bout as fancy as it gets for me is Applebee’s on a date night,'” says Walker, a father of six. He adds. “You know, like, just me talking guy to guy, ‘How fancy do you get?’ ‘Well, hey, we fancy like Applebee’s!'”

After Walker and his teen daughter came up with a dance to go with “Fancy Like,” it went viral on TikTok and inevitably ended up in an Applebee’s commercial.  The restaurant chain even put its Oreo Shake back on the menu, after Walker shouted it out in the song’s lyrics.  The song hit number five on the Billboard Hot 100 and is now a pop radio hit; there’s even a remix with Kesha.