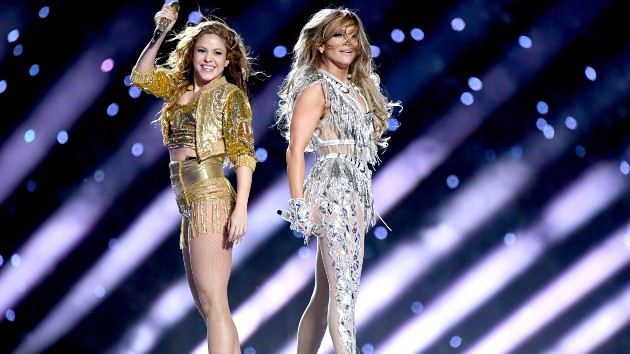 Shakira says she has no regrets about performing at the 2020 Super Bowl halftime show with Jennifer Lopez, which was mired in controversy after several high-profile acts declined the opportunity to perform.

Rihanna, Cardi B and others refused to perform at the Super Bowl, saying they stood in solidarity with former San Francisco 49ers quarterback Colin Kaepernick, who claims the NFL blacklisted him because he knelt during the national anthem in protest of police brutality.

But Shakira told Cosmopolitan that she and her halftime show partner saw the opportunity in performing on one of the nation’s biggest stages.

“J.Lo, as a Latina born in the U.S., and me, as a Latin American woman in the U.S., had a huge responsibility and opportunity to represent all different minorities through our performance,” she said. “In my case, I also wanted to pay homage to my Middle Eastern culture. I feel that we did it.”

The “Hips Don’t Lie” singer continued, “I really thought it was a great opportunity to make a strong statement about what an important part of the American fabric the Latino community is.”

“There was a lot of work behind it, a lot of stress,” Shakira admitted, adding, “But it was one of the highlights of my career.”

Lopez previously defended her decision to perform at the Super Bowl when speaking to Variety.

“I think it’s important in this day and age for two Latin women to be standing on that stage — when Latinos are being treated a certain way in this country, or looked at a certain way — to show that we have a really specific and beautiful culture and worth and value, and we bring something to this country that’s necessary,” Lopez said, noting that their performance was “a celebration.”