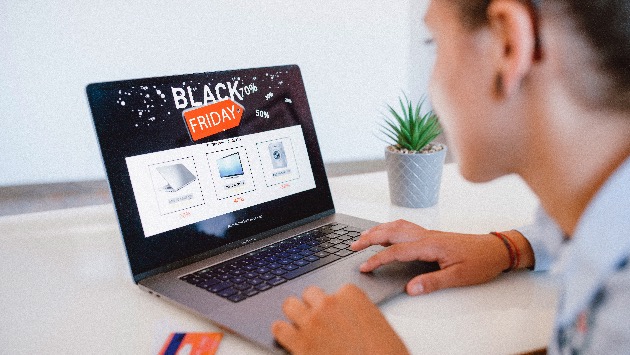 (NEW YORK) — Holiday shopping season has kicked off earlier than ever.

Amazon announced Monday it is offering “Black Friday-worthy deals” and early access to deep discounts across every category.

Target launched its own “Deal Days” promotion from Oct. 10 – 12 that boasts savings on thousands of items online, through their app and in nearly 2,000 stores. The major retailer also launched a holiday price match guarantee, according to its website.

Jennifer Smith, a logistics and supply chain reporter for the Wall Street Journal said retailers are in a unique position this holiday shopping season.

“They’re balancing, on the one hand, the need to make sure they have items in stock when people do start shopping with wanting to make sure that they have plenty of time to get them because it could take a little bit longer, particularly for e-commerce, for things to arrive at your home,” she told Good Morning America.

October typically marks the busiest shopping month of the year as retailers stock up for Black Friday, but with just three months ahead of Christmas, the supply chain in the U.S. has faced massive pandemic-related shipping issues, shortages and delays.

“There are multiple kind of pinch points in that process. And I think regretfully it’s going to be with us for months and months, definitely through the end of this calendar year,” XBOX’s head of gaming Phil Spencer said in a statement.

Nike has felt the recent supply crunch and as first reported by NBC, is working to shift footwear production out of Vietnam where factories remain closed due to COVID restrictions to places like China and Indonesia in an attempt to prevent further delays.

Fast fashion clothing companies like H&M and BooHoo said their profits are likely to suffer because of rising supply chain costs and bottlenecks in major ports coast to coast.

Other retailers have attempted to alleviate product shortages by flying in goods by air freight, while Target, Walmart and Home Depot have chartered their own ships to avoid backlogged ports and to make sure they’re stocked for holidays.

The CEO of MGA Entertainment Inc., one of the world’s largest toymakers, said supply issues are the worst he’s seen in over 40 years.

“You have the jams you have all the backlog, logistic problems and inflation, they’re all gathered up,” Isaac Larian told GMA. “So it’s going to be a tough couple of years, in my opinion.”

Like many other experts have urged, Larian added, “my kind of advice is — please shop early.”