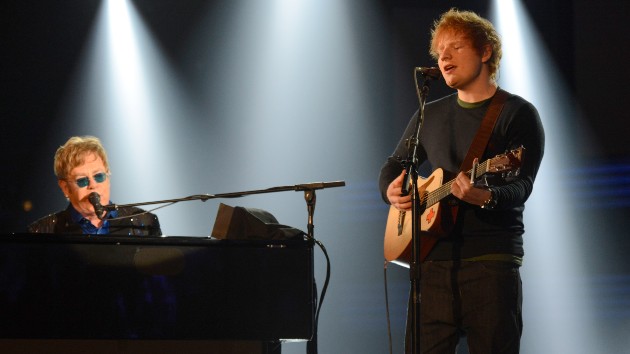 Ed Sheeran and Elton John have collaborated onstage, but never on record — until now.

The U.K.’s Official Charts Company reports that while speaking to NPO Radio 2, Ed revealed the news that he and Elton, whose company used to manage him, are teaming up for a Christmas single.

Ed explained that Elton called him up last December 25 to say Merry Christmas, but also to say that he wanted Ed to join him to do another holiday song, because his festive classic “Step Into Christmas” had returned to the British top 10.

No word yet on what the song’s title is, or when it will be released. However, the race to have the so-called “Christmas number one” — the song that’s at the top of the charts on December 25 — is a big deal in the U.K., and Official Charts now predicts that this song, whatever it is, will be a strong contender for the title.

Elton is set to release his album of collaborations, The Lockdown Sessions, on October 22, while Ed is putting out his new album, = (Equals), on October 29.  While this Christmas single hasn’t appeared on either of those projects’ track listings, perhaps it’ll be added to the digital version of the releases.