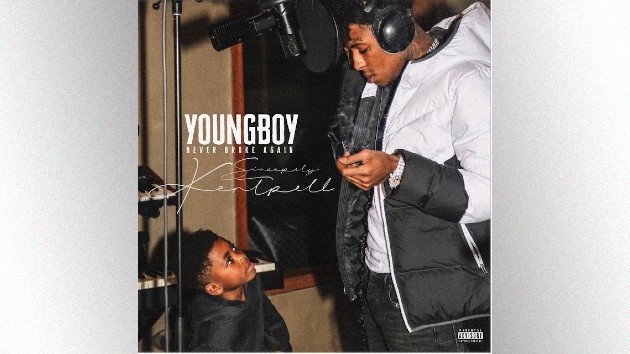 Drake‘s three-week reign at the top of the Billboard 200 album chart has ended as YoungBoy Never Broke Again is the new king with his latest release, Sincerely, Kentrell.

The 21-year-old rapper, whose legal name is Kentrell Gaulden, earned 137,000 units to debut at number one with the biggest sales week of his career. Drake’s Certified Lover Boy fell to second with 135,000 units.

Gaulden has kicked off the Sincerely, Kentrell freestyle competition by inviting fans to rap over album instrumental tracks on a special YouTube channel. The grand prize winner will receive a free recording session with his studio engineer, Jason “Cheese” Goldberg.

As Sincerely, Kentrell sits at number one, Gaulden has been awaiting trial at the St. Martin Parish Correctional Center in Louisiana since April, after being charged with selling drugs and possession of stolen firearms. He recorded the album over the phone while incarcerated.