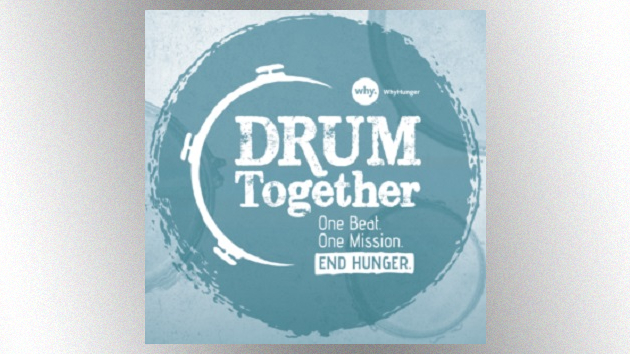 Ringo Starr and dozens of other well-known drummers have teamed up for a new version of the 1969 Beatles classic “Come Together” to raise money to support the WhyHunger charity’s mission to end global hunger.

“We all can agree that no kid should be hungry, and everyone should have access to nutritious food,” says Ringo in a statement. “This is a great cause that I’ve supported in the past and a great track — one of my favorite Beatles songs. So when Jim Keltner asked me to join all these other drummers I was happy to. Peace and love.”

A variety of non-drummers also contributed to the track, including singer Jen Chapin — daughter of late WhyHunger co-founder Harry Chapin — and such acclaimed session musicians as bassists Lee Sklar, Will Lee and Nathan East.

Ninety cents from every dollar raised by the Drum Together campaign will go toward WhyHunger programs that focus on community-led initiatives, the goal of which is to provide nutritious food to those who need it across the U.S. and the globe.

You can check out an official video for the song that features composite footage of all of the participants performing individually on the WhyHunger YouTube channel.

A list of all the participating musicians has been posted on WhyHunger.org.