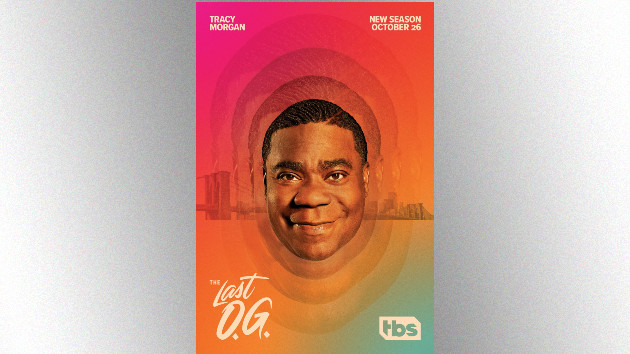 Tracy Morgan is back as Tray Barker in the fourth season trailer for TBS’ The Last O.G.

TBS announced that the new season will premiere on Tuesday, October 26, with back-to-back new episodes starting at 10 p.m. ET. The remaining eight episodes will then air Tuesday nights at 10:30 p.m. ET. The fourth season will once again follow Morgan as Tray, a recently released inmate trying to navigate and “adapt to a changing world so he can do some good for the Brooklyn he loves.” The Last O.G. also stars Ryan Gaul, Taylor Mosby, Dante Hoagland, Anna Maria Horsford and Da’Vine Joy Randolph. Guest stars include Janet Hubert, Malik Yoba, Wood Harris and Gary Dourdan.

In other news, BET has released a first-look teaser for the second season of Games People Play. The new season, which stars Karrueche Tran and Lauren London, will premiere Tuesday, October 19, at 10 p.m. ET. Based on Angela Burt-Murray‘s popular book Games Divas Play, the series centers on a group of ambitious Los Angeles women and the men in their lives. Game People Play also stars Sarunas J. Jackson, Karen Obilom, Parker McKenna Posey and Jackie Long, among others.

Finally, Tyler Perry is teaming up with producer Jason Blum for a new thriller titled Help, Deadline has learned. Although plot details are being kept under wraps, it was revealed that the forthcoming film will be written and directed by Alan McElroy. Production on Help is expected to begin sometime next year at Tyler Perry Studios in Atlanta.