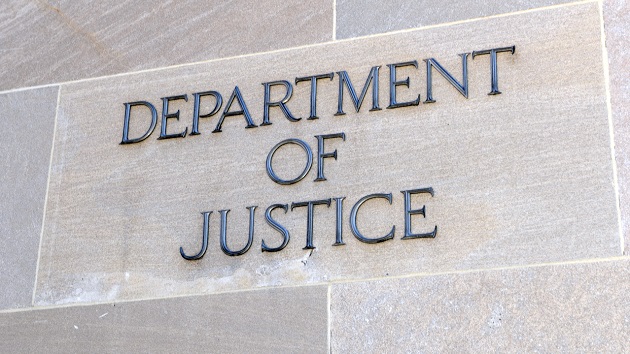 (WASHINGTON) — Lawyers from the Justice Department and the state of Texas squared off in court Friday as the Biden administration seeks an order that would halt enforcement of the state’s restrictive abortion law.

In an overnight filing, DOJ officials accused Texas of mounting a “brazen” effort to enact a law purely designed to obstruct women’s right to an abortion while evading all traditional methods of judicial review.

“S.B. 8’s novel enforcement scheme is calculated to accomplish what no state should be able to do in our federal system: deter, suppress, and render moot rights guaranteed by the Constitution of the United States,” department officials said in their filing. “The State does not dispute that S.B. 8 has virtually eliminated previability abortions after six weeks of pregnancy in the State. Moreover, the approach Texas has taken need not be confined to the abortion context. If this mechanism works here, it would serve as a blueprint for the suppression of nearly any other constitutional right recognized by the Supreme Court but resented by a state government.”

S.B. 8, or the ‘Texas Heartbeat Act,’ bars physicians from providing abortions once they detect a so-called fetal heartbeat — which can be seen as early as six weeks into a pregnancy. But the language of the law makes it so private citizens can sue anyone they “reasonably believed” provided an abortion, and effectively removes any government officials from being part of its enforcement.

Attorney General Merrick Garland announced last month that the Justice Department would sue Texas over its law just one week after the U.S. Supreme Court let it take effect. Soon after, the department filed for an emergency injunction seeking to halt enforcement of the law entirely as the legal fight plays out.

In a filing Wednesday, Texas officials urged District Judge Robert Pitman to dismiss DOJ’s request for an injunction — arguing the Biden Administration had no standing to pull it before a federal judge and that the matter should instead be resolved before state courts.

“The federal government asks the Court to dispense with the normal cause-of-action requirement based on unfounded fears that the Texas Heartbeat Act will otherwise “evade judicial review.” Nothing could be further from the truth,” officials wrote in their filing. “The constitutionality of the Texas Heartbeat Act can be reviewed in the same way that virtually all of state tort law is: State-court defendants raise constitutional defenses before neutral judges sworn to follow the U.S. Constitution and, if necessary, appeal to the U.S. Supreme Court.”

Also in their brief, Texas officials made an eyebrow-raising counterargument to DOJ’s contention that the abortion law hinders interstate commerce — the state instead pointed to reports of women seeking an abortion being forced to travel out of the Texas to Oklahoma, saying that “is stimulating rather than obstructing interstate travel.”

It’s not clear when Judge Pitman might rule on DOJ’s request for an emergency injunction — though the ruling is likely to face a quick appeal from either Texas or DOJ to try and put the matter before the 5th Circuit Court of Appeals, which in a separate challenge previously ruled the law could take effect.