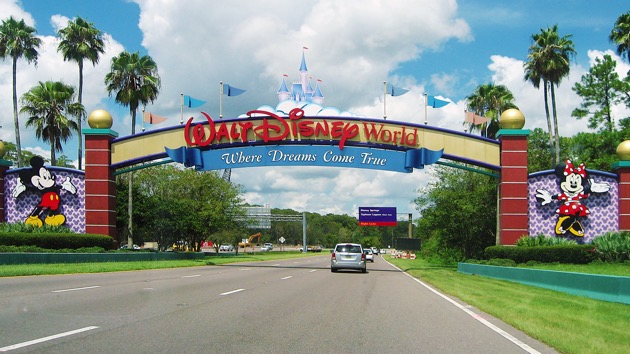 To celebrate its 50th anniversary, “The Most Magical Place on Earth” has put together an 18-month event featuring new attractions, nighttime spectaculars and a lot more.

“Guests will discover new experiences across the resort, where shimmering EARidescence appears as if by magic everywhere from theme parks to Disney Resort hotels to transportation to merchandise and more,” Disney said in a press release.

In honor of “The World’s Most Magical Celebration,” here are six things to watch for as you plan your trip for the 50th-anniversary celebration.

The France Pavilion at EPCOT is serving up a new attraction and a new restaurant.

Remy’s Ratatouille Adventure is a family-friendly attraction where guests are shrunk to the size of Chef Remy from Disney and Pixar’s Academy Award-winning film, Ratatouille.

EPCOT guests can also experience “Harmonious,” one of the largest nighttime spectaculars ever created for a Disney park.

The show at World Showcase Lagoon features new interpretations of classic Disney songs from a diverse group of 240 artists from around the world.

You can watch performers fly windcatchers and kites of all shapes and sizes to the beat of favorite Disney songs.

Four icons at Walt Disney World theme parks will transform at night into Beacons of Magic.

Cinderella Castle, Tree of Life, The Hollywood Tower Hotel, and Spaceship Earth will all come to life with their own “EARidescent” glow.

In honor of the park’s 50th anniversary, 50 golden sculptures have been spread across the four Walt Disney World theme parks.

These sculptures feature characters from Timon and Pumba from The Lion King to Mickey Mouse and Minnie Mouse.