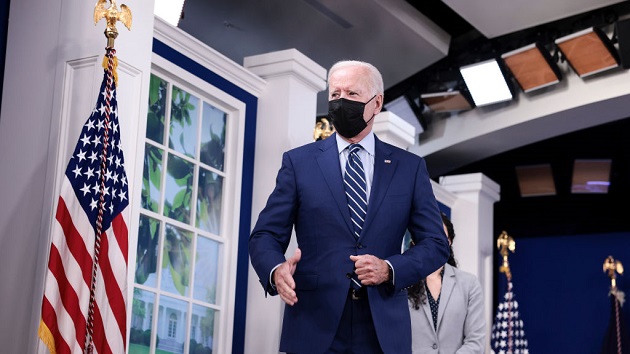 Biden, who has kept a low public profile most of the week while negotiating behind the scenes trying to break the impasse, is set to meet with Democrats at 3:30 p.m.

House Speaker Nancy Pelosi has twice had to delay a vote on a $1.2 trillion bipartisan infrastructure plan Biden supports because progressive Democrats are vowing to defeat it unless they also get a vote on $3.5 trillion social and climate policy measure he also supports — but one that two moderate Democratic senators have objected to as too costly.

Some Democrats said they were excited to be hearing from Biden directly and some had complained in recent days that he was not more involved in negotiations.

“He’s going over there to make the case for his legislative agenda, which includes the infrastructure bill, and it includes his Build Back Better agenda that would be in the reconciliation package, so he wants to speak directly to members, answer their questions and make the case for why we should all work together to give the American people more breathing room,” White House press secretary Jen Psaki told reporters shortly before Biden was scheduled to leave for the Capitol.

Asked whether he expects to walk out of there an agreement, Pskai said, “I’m not going to make a prediction of whether there will or won’t be a vote. I’ll leave that to Speaker Pelosi to determine when she will call a vote. But he’s making the case he believes it’s — it’s the right time for him to go up there.”

“The case that the White House is making is that compromise requires everybody giving little. That’s the stage we’re in. But no matter where we end, if we can get something done here, we’re going to have a historic piece of legislation passed Congress that’s going to have a huge impact on the American people,” she added.