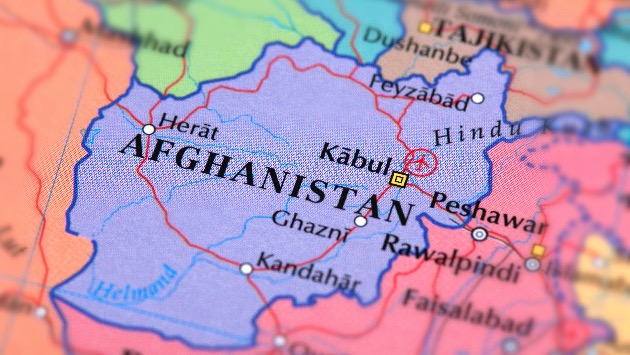 (KABUL, Afghanistan) — Over one month into Taliban control of Afghanistan, fears for women’s and girl’s rights and education have only grown — fueled further Tuesday by a top Taliban official’s comments that “women will not be allowed to come to universities or work.”

The tweets from the Taliban-appointed chancellor of Kabul University set off a fresh firestorm, prompting a clarification and a complaint about media coverage, before the outspoken chancellor deleted his Twitter account.

It’s a strange episode that says as much about the Taliban’s acute awareness of international perceptions as it does about what the future of Taliban rule holds for half of Afghanistan’s nearly 40 million people — its women and girls.

While the U.S. and other Western countries have called on the Taliban to respect women’s and girls’ rights, especially access to education, the Taliban have already taken steps to restrict them, including announcing earlier this month that certain subjects may be off limits and female students would be barred from studying with males. That could mean they’ll be excluded entirely, given the limited resources at Afghanistan’s schools and universities.

Already, the militant group has named an all-male cabinet and prohibited women from returning to work, saying there were security concerns that temporarily prevented it. A handful of women-led protests against Taliban rules have faced violent crackdowns in Kabul and other cities.

When the Taliban controlled Afghanistan from 1996 to 2001, they largely barred women and girls from public life without a male relative and excluded them from schools and universities entirely.

Kabul University chancellor Mohammad Ashraf Ghairat suggested a return to that policy Tuesday, tweeting, “As long as a real Islamic environment is not provided for all, women will not be allowed to come to universities or work. Islam first.”

After media outlets reported on his comments, he issued a second tweet, criticizing the New York Times in particular for what he called a “bad misunderstanding” of his comments.

“I haven’t said that we will never allow women to attend universities or go to work, I meant that until we create an Islamic environment, women will have to stay at home. We work hard to create safe Islamic environment soon,” wrote the 34-year old, who was named to his role earlier this month.

“It might be his own personal view,” Mujahid told the New York Times, according to the paper, which added that he would not give assurances about when the ban on women would be lifted. He only said the militant group was working on a “safer transportation system and an environment where female students are protected.”

Asked about Ghairat’s comments, a State Department spokesperson told ABC News, “Any government should demonstrate respect for and inclusion of women and girls, in all their diversity, including supporting their education. Equal access to higher education on the basis of merit for all individuals is one of the principles codified in the Universal Declaration of Human Rights.”

But it’s unclear what steps the U.S. or other government would be willing to take to ensure that equal access. The spokesperson didn’t address that issue, saying instead in their statement the U.S. “will continue to support Afghan women and girls.”

The Taliban is already under heavy international sanctions, and the former Afghan government’s U.S. assets, worth billions of dollars, remain frozen by the U.S., while the World Bank and International Monetary Fund suspended funding.

There’s growing pressure from Taliban leaders as well as some Afghan civilians to release those funds as the country’s economy teeters on collapse and millions are desperate for international aid.

During the U.S. mission in Afghanistan, there were enormous gains for women and girls, especially in education. The female literacy rate nearly doubled in a decade to 30% in 2018, according to a UNESCO report this year, and the number of girls in school went from nearly zero in 2001 to 2.5 million in 2018, making up nearly half of all primary students.