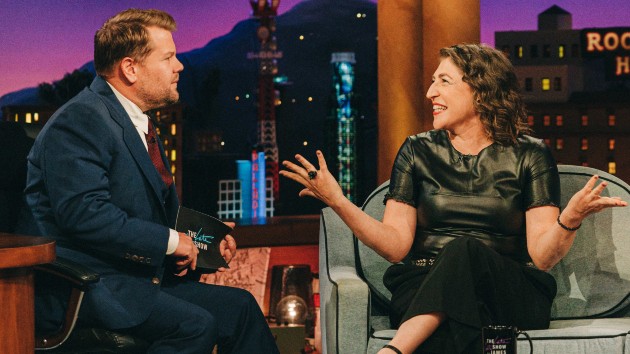 It seems that a disagreement over Rent put the friendship between Neil Patrick Harris and Miyam Bialik in jeopardy.

On Tuesday night’s episode of The Late Late Show, the newly minted co-Jeopardy! host confessed that, unlike Tony winner James Corden, she really isn’t into musicals, and even having her pal NPH starring in Rent didn’t shake that.

“People expect that because I worked with Bette Midler and because I’m me, I’m supposed to love musicals. It’s not my thing,” Bialik confessed.

“Why do I have to like it?!” she said of musicals when Corden protested.

And therein lay the problem.

“When everyone is clapping at the end and you say to your boyfriend next to you, ‘I don’t want to stand for this,’ and then you look up and Neil Patrick Harris is looking right at you…it’s a bad day,” Bialik recalled with a nervous laugh.

Backstage, she said the former How I Met Your Mother star confronted her: “‘Why did you say you weren’t going to stand up?’ He read my lips!”

Bialik admitted that after the incident, “We didn’t speak for a long time,” adding, “[Neil] says that he forgave me and he sent me flowers when he heard I was still carrying this terrible guilt.”