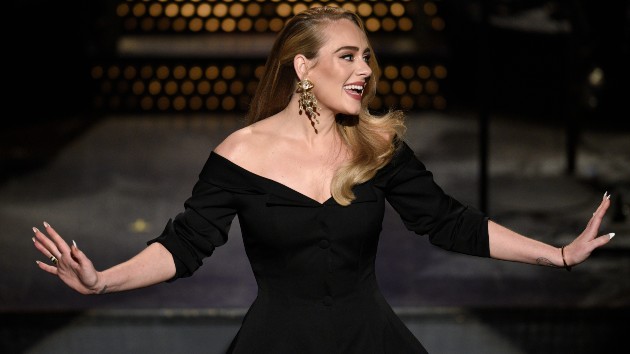 Some of Adele‘s fans think they cracked the code about the powerhouse singer’s long-promised fourth studio album.  Rumor has it, new music is coming this week.

The internet went nuts over the statement, and now some fans are piecing together the clues that they think the British singer has been carefully leaving behind over the past few weeks.

Some took note that Adele has been posting a little more on social media and recently revealed a major life update on her relationship status by going Instagram official with NBA agent Rich Paul.

Fans are also pointing out that, in order to be considered for a 2022 Grammy Award, artists must release their music by this Thursday, September 30, to be eligible. That means any album’s got to drop no later than Thursday.

Billboard notes that when they recently revisited the Grammy winner’s stats by reflecting on the success of her previous two albums, 25 and 21, some fans further took this as a sign that new album was on the way.

The Billboard Charts Twitter account ranked Adele’s albums and EPs on Monday, dubbing her sophomore album, 21, her best performing studio effort. Her third and latest album, 25, was one step behind. It also ranked her songs by naming the best-performing singles on the Hot 100 chart, with “Rolling in the Deep” leading the pack, followed by “Someone Like You,” “Set Fire to the Rain” and “Hello” — all of which went to number one.

Of course, it all comes down to what Adele has up her sleeve — and she hasn’t said a peep about when to expect her new album.