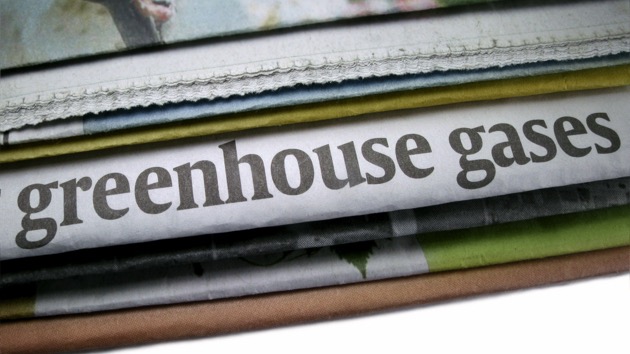 This is a major leap forward in the Biden administration’s plan to combat climate change despite the president’s $3.5 trillion reconciliation package, which includes an overhaul on climate policy, facing broad opposition from Republicans in Congress.

These greenhouse gases, known as hydrofluorocarbons or HFCs, have an impact on warming the climate that is hundreds to thousands of times greater than the same amount of carbon dioxide, senior Biden administration officials said in a call with reporters Wednesday.

The rule creates a legal requirement for companies and manufacturers to reduce HFCs and was first proposed in May under the 2020 American Innovation and Manufacturing Act, or AIM. The AIM Act requires the EPA to phase down the production and consumption of HFCs, manage the gases and their substitutes as well as facilitate the transition to new greener technologies.

Included in the new rule is the creation of a climate protection program that will phase down the production and consumption of HFCs by 85% within the next 15 years.

It’s expected the phase down will reduce emissions by the equivalent of 4.5 billion metric tons of carbon dioxide by 2050. According to the EPA officials, that’s equal to nearly three years of emissions from the U.S. power sector.

Reducing HFCs is part of the Biden administration’s efforts to reduce the effects of climate change while also generating jobs, a key sticking point of his climate policy initiatives.

“This actually reaffirms what President Biden always says when he thinks about climate, he thinks about jobs,” EPA Administrator Michael Regan told reporters Wednesday. “Because this administration knows what’s good for the environment is also good for the economy. Transitioning to safer alternatives and more energy-efficient cooling technologies is expected to generate more than $270 billion in cost savings and public health benefits by the year 2050.”

The EPA estimated that by the end of next year, the annual net savings of reducing HFC emissions will be $1.7 billion.

The rule also establishes an allowance and trading program to reduce HFCs. In accordance with the AIM Act, companies need an allowance to produce or import any HFCs or HFC-related products. The agency will have the allocation amounts distributed to each company by Oct. 1, according to Joseph Goffman, EPA acting assistant administrator.

According to the EPA, along with five other agencies, it will work to prevent the illegal importation and production of HFCs in the U.S. by creating an interagency task force.

In the 1990s, the value of seizures of refrigerants at the U.S.-Mexico border were second only to marijuana, according to the advocacy group Environmental Investigation Agency.

Stephen Yurek, the president and CEO of the Air-Conditioning, Heating, and Refrigeration Institute, a policy group that represents the interests of manufacturers, said the institute has supported the rule since the beginning.

Climate advocates welcome the rule as well and that the Biden administration is moving forward to fulfill the requirements of the AIM Act, but some said this is just a starting point.

“It’s now imperative to adopt additional rules that ensure a swift transition to new technologies and full lifecycle management of these gases,” Christina Starr, senior policy analyst at the Environmental Investigation Agency, said in a statement.

Danielle Wright, the executive director of the North American Sustainable Refrigeration Council, which works to promote the transition to natural refrigeration agents such as ammonia, said there is no doubt that this rule is an important first step.

But the key about the rule is that it is a phase down, not a phase out, she said. It does not create a cost-effective pathway for companies to transition to the gases that have the lowest impact on the climate: natural refrigerants. Switching to these alternative gases for refrigeration and cooling would be the equivalent of switching to electric cars, according to Wright.

“In order to make that an economically viable decision, you need really strong policy,” Wright said. “And so this policy is not strong enough to create those economically viable market conditions. It’s still an environmental win, but we’re not going as far as we could,” she said.

By finalizing this rule, the U.S. will be in line with key components of the Montreal Protocol’s Kigali Amendment — an international agreement aimed at reducing the production of HFCs.

However, the U.S. has not ratified the Kigali Amendment to officially join the treaty, and the White House has yet to send the amendment to the Senate for ratification.

When asked by reporters when the president would send the amendment to the Senate, national climate adviser Gina McCarthy said she did not have a date for when that will happen.

Nonetheless, the EPA is calling this rule a historic step towards reducing the effects of climate change by implementing pollution regulations across multiple industries.

“This is a very proud moment for the EPA, and more importantly for the American people,” Regan said.