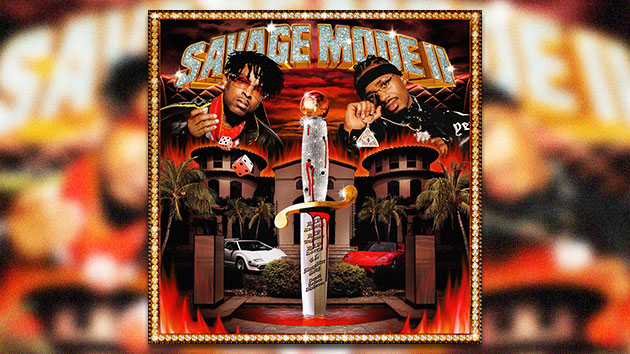 21 Savage turned himself into Immigration and Customs Enforcement officials Thursday afternoon in Georgia, and was released on bond later in the evening, according to BuzzFeed.

The 28-year-old rapper from London, whose legal name is Sheyaa Bin Abraham-Joseph, was facing a warrant for his arrest that was issued September 7. The Grammy nominee, who moved to Atlanta when he was 7 years old, was arrested in 2019 for felony drug and weapons possession. ICE has sought to deport him, stating that his visa to remain in the United States has expired. He is set for an immigration hearing on November 1.

“There can be no doubt that ICE is seeking to cover its own errors in detaining Mr. Joseph by pushing trumped up charges against him and seeks to stop him from obtaining lawful permanent residence in the United States,” the rapper’s attorney, Charles Kuck, said in a statement.

“We are grateful for the efforts of the DeKalb County Sheriff’s Office for quickly processing and releasing Mr. Joseph,” Kuck continued. “He will continue to fight for his right to seek permanent residence in the United States through the immigration court. We look forward to the day when ICE will play fairly with all those who seek justice within our immigration system.”

Savage is featured on Drake‘s number-one Certified Lover Boy album, and he is scheduled to open The Off-Season tour, headline by J. Cole, on Friday night in Miami.  21 Savage’s last studio release was 2020’s Savage Mode II, with Metro Boomin.