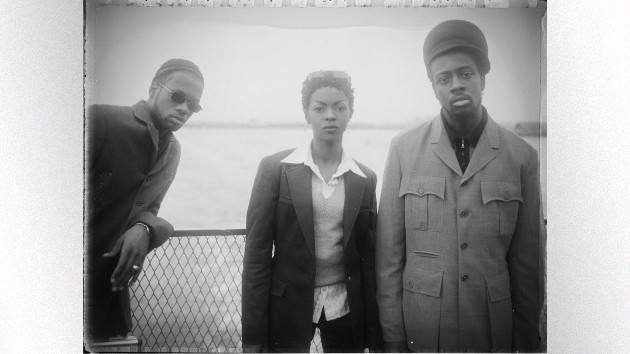 Fugees kicked off their reunion tour Wednesday night with a free concert in New York City for fans who earned tickets for their humanitarian work.

The show at Pier 17 in Manhattan was part of the Global Citizen Live global series of concerts, which will continue with numerous stars performing around the world on Saturday, September 25. Fans received tickets through the Global Citizen website by taking action to end the hunger crisis and protect the planet

Ms. Lauryn Hill, Wyclef Jean and Pras Michel are celebrating the 25th anniversary of their landmark 1996  album, The Score. Accompanied by a live band, the trio kicked off Wednesday’s concert with the title song of the album, according to Billboard. The performance also featured “Ready or Not,” “Zealots,” “Killing Me Softly With His Song,” and “Fu-Gee-La.”

Hill discussed the group’s breakup following the release of The Score and explained that money and success caused the dissension. Then she asked the crowd to “respect the miracle” of them finally coming back together.

Wyclef, who was born in Haiti, addressed the migrant crisis in his country. He criticized President Biden for the way Haitian migrants are being treated.

The Fugees reunion tour will continue November 2 in Chicago and will make stops in Oakland, Los Angeles, Atlanta, Miami, Newark, and Washington, D.C. The group will then travel abroad to Paris, London, Nigeria and Ghana.

The Score has sold over 12 million copies and earned two Grammy Awards: Best Rap Album, and Best R&B Performance by a Duo or Group with Vocals, for “Killing Me Softly.”

Tickets for the Fugees tour go on sale Friday, September 24 at 10 a.m. local time on LiveNation.com.