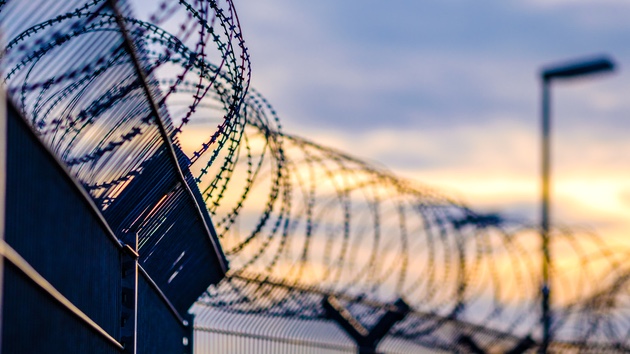 (CA) — Nanette Packard, who was convicted of directing her ex-NFL lover to kill her millionaire fiance, told ABC News in an exclusive interview that she still carries “a lot of guilt over what happened.”

“Had I not been having an affair … Bill would be alive still,” Packard said. “I feel that way.”

She and former NFL linebacker Eric Naposki have spent nearly a decade behind bars as convicted killers serving life sentences without the possibility of parole for the murder of Bill McLaughlin. Both deny having any involvement in his death.

Packard met Naposki in the early ‘90s at a gym. Naposki, who had once played for the New England Patriots and Indianapolis Colts, had left professional sports by then, and was living in California, where he worked as a security guard for a nightclub and worked as a bodyguard on the side.

The two eventually started seeing each other romantically even though Packard, who was then a mother of two in her 20s, was already in a relationship with McLaughlin. He was an entrepreneur 30 years her senior who had made millions off of a medical device invention.

Packard was living with McLaughlin in Newport Beach, California, in a luxurious home located in a wealthy, gated community. However, she told Naposki that she and McLaughlin were just business partners.

“Eric knew about Bill and Bill knew that Eric was my friend. [Bill] didn’t know we were having an affair,” Packard said.

She said she met McLaughlin, a father of three, through a personal ad he had posted in the Pennysaver.

“Maybe it wasn’t the most intense [relationship] romantically but I did love him,” Packard said of McLaughlin. “He was a good man and he was good to my children, and I would never have killed him and probably would still be with him today if he were alive, because I had no reason.”

McLaughlin was 55 years old when he was shot six times in the chest by an intruder while he sat at his kitchen table on Dec. 15, 1994.

Authorities did not make any arrests in connection to his death until 15 years later, when investigators re-examined the case.

Packard and Naposki were arrested separately during a bicoastal sting operation in May 2009 on murder charges.

By the time of their arrests, Packard and Naposki had gone their separate ways. Packard had gone on to marry twice more and was still living in California. Naposki, meanwhile, had briefly gone back to playing professional American football overseas before returning to the U.S., where he had a fiancée and was living in Connecticut.

The prosecutor alleged Packard was the suspected mastermind behind McLaughlin’s death and that she convinced Naposki to kill him so they could collect a substantial sum of money.

Prosecutors argued that Packard stood to benefit from McLaughlin’s million-dollar life insurance policy, $150,000 from his will and access to his beach house.

There was reason to suspect Packard. In 1996, she had pleaded guilty to forgery and grand theft after she was accused of forging McLaughlin’s name on checks and stealing from his accounts. She served 180 days behind bars.

Packard denied the murder charges against her, saying she needed McLaughlin to continue her lifestyle.

“I only gained money if Bill was alive,” she said.

According to prosecutors, Naposki’s story evolved during questioning. He initially lied about owning a .9 mm handgun, which was the same kind of weapon used to kill McLaughlin.

“The single most important piece of evidence that we had against Eric Naposki was … the way he lied to the police,” said ABC News consultant and former Orange County prosecutor Matt Murphy, who tried the case.

When asked why he lied to police, Naposki told ABC News, “I just didn’t want to talk about it because, if I wasn’t at the scene, and I wasn’t in Newport, then I couldn’t have killed the guy even if I had a bazooka.”

Naposki went to trial first and was found guilty of first-degree murder in 2011. Afterward, he met with prosecutors and told them Packard had orchestrated a murder-for-hire plot against McLaughlin, and the killer had used his gun.

“[Naposki said] he was there, in the room, when they talked about [the plot],’” said author Caitlin Rother, who wrote a book about the case titled, “I’ll Take Care of You.” “But then he says, ‘But apparently, [the killer] went behind my back and made arrangements with Nanette. So the two of them planned this. It wasn’t me.’”

Packard was found guilty in January 2012 of first-degree murder and guilty of the special circumstance of committing murder for financial gain.

Naposki is serving time at Avenal State Prison in Avenal, California. He said he hasn’t spoken to Packard since everything “went down.”

Packard is serving her sentence at the Central California Women’s Facility, training service dogs through a program called Little Angels.

“These dogs, they just bring so much healing,” she said. “It also helps to make a difference for me, for me to be able to live with the fact that I’m away from my kids.”

McLaughlin’s children, who at one point thought their father’s murder would never be solved, have tried to move forward. They believe justice was served.

“[Packard and Naposki’s lives] have been taken away from them … and hopefully they’re thinking about what they did,” Kim McLaughlin told ABC News. “What I miss most about my father is just having him as a friend … and I know he’d be very proud of us and the choices we’re making. And so, it’s hard not to have him be able to share that here on earth with him… We miss him dearly.”