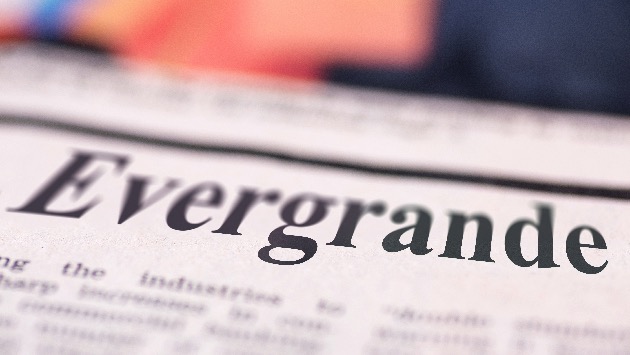 The Dow Jones Industrial Average suffered its biggest single-day drop since July on Monday, and the index closed even lower Tuesday, with many analysts attributing the precipitous fall to the Evergrande saga emanating from the nation with the second-largest gross domestic product. Jitters related to Evergrande have also been linked to a slide in the cryptocurrency market, with Bitcoin trading 13% lower Tuesday evening compared to a week prior, as uncertainty drives investors away from riskier assets.

The Evergrande crisis has even been compared to the Lehman Brothers crash that is now synonymous with the onset of the Great Recession, though many economists have cautioned against panic and directly equating the two episodes. Still, there is a reason the embattled Chinese firm has become a household name on Main Street over the past few days, and Wall Street remains on high alert over what comes next as a repayment deadline looms on Thursday.

Here is what to know about the Evergrande debt crisis and its potential contagion to the global economy.

Founded in 1996 in Guangzhou, Evergrande is one of the largest property development companies in China that specializes in building and selling residential apartments to the country’s rapidly growing middle and upper class, as well as building shopping malls and other commercial real estate projects.

The company has grown quickly and developed businesses in other sectors — including operating theme parks and manufacturing electric vehicles — but its primary source of revenue remains in property development, according to Shang-Jin Wei, a professor of Chinese business and economy at Columbia University’s Graduate School of Business.

The firm’s success has made its chairman, Hui Ka Yan, worth about $7.34 billion, according to Bloomberg’s real-time data. His net worth has fallen dramatically in recent months, however, as the company’s stock value plunged. In July 2020, Bloomberg estimated his net worth at nearly $40 billion.

Evergrande’s real estate arm owns more than 1,300 projects in more than 280 cities in China, according to its website. Evergrande Group says it employs 200,000 people total and its projects create more than 3.8 million jobs per year — leading some to suggest it has “too big to fail” status. The firm states it has some $350 billion in assets.

What is the issue and why is it impacting global stock markets?

Essentially, Evergrande’s rapid growth has been fueled in large part by borrowing. As demand in China’s once-exploding housing market wanes, fears that Evergrande could default on its estimated $300 billion in liabilities have come to a head.

“The problem in a nutshell is property development companies tend to use a lot of debt to finance their operations, and in response to rising housing prices, the Chinese government has said for quite a few years that they want to find ways to restrain the demand and restrain the housing price increases,” Wei, who formerly served as chief economist of the Asian Development Bank, told ABC News.

“Previous attempts by the government have not been very successful, and I guess Evergrande decided that the same will happen this time,” Wei added. “So the last few years, while some of the property development companies have scaled down their operations, Evergrande was still charging ahead. And recently, a change in government policies has reduced demand for residential apartments quite a bit, so the company is having trouble selling apartments fast enough to meet their debt obligations.”

Wei said that the commercial housing market in China largely did not exist before 1990, when most households lived in government-assigned apartments. China’s meteoric economic growth since the ’90s led to a boom in demand for housing, a wave Evergrande rode for years — in some cases selling properties and using the funds to pay for construction costs before they were even built — until recent policy changes by the Chinese Communist Party clamped down on such practices.

Evergrande borrowed from a combination of banks and non-bank financial institutions, and issued bonds to finance its recent endeavors, according to Wei.

“When the apartments are selling well that’s not a problem for them, but anytime that apartment sales slow down, the company could run into trouble to meet its debt obligation and that’s what we are seeing now,” Wei said.

It’s not immediately clear how much debt Evergrande has accrued because parts of the business are not publicly traded or required to disclose financial details, Wei said, but economists estimate its liabilities are around $300 billion. While it has assets such as land and under-construction apartment complexes, Wei said it’s unclear if selling these could even generate enough liquidity to pay its debts.

“One of the reasons that stock markets reacted so strongly to that one firm’s news is uncertainty, lack of clarity,” Wei said. “So even though the $300 billion is the best guess, people are not exactly sure whether they undisclosed or under-disclosed the debt obligation.”

A deadline for Evergrande’s debt payments looms this week. In a report released earlier this week, S&P Global Ratings warned that Evergrande is “on the brink of defaulting.” The agency noted that the company is scheduled to make a number of interest payments on its public debt starting on Thursday, reiterating again that, “a default is likely.”

For those paying close attention, the issues have been brewing for months. Evergrande’s stock, listed on the Hong Kong exchange, has shed some 80% since the beginning of the year.

“Clearly people who invest in the company understand the company was undergoing financial difficulty and there’s a chance that they couldn’t meet their obligations,” Wei said. Recent policy changes in China to rein in the housing market — as well as corporate debt — have also led to Evergrande’s woes culminating in recent days.

While it is common for property developers to take on debt as part of their business model, S&P Global warned in its report that Evergrande’s contracted sales have fallen more rapidly than other players in the sector — in part because of its heavy use of of supplier commercial bills as a way to access capital. These commercial bills have a more rigid repayment date, according to S&P Global, and suppliers and contractors that have gone unpaid have filed suits against Evergrande that have ultimately resulted in halts in project construction.

“Financial institutions also appear to be quickly cutting Evergrande’s financing, likely as a reaction to the frequent negative news about the borrower,” the report states. “Without sufficient project financing, it makes even harder to sustain construction and salable resources. This is shutting down Evergrande’s most important source of cash flow: contracted sales of its property projects.”

Is this a ‘Lehman Brothers moment’?

The concern for many in China and beyond is whether Evergrande’s failure could have a spillover effect to other firms doing business with them as well as financial markets around the globe.

“China is the second-largest economy and second-largest importer of the world. If the Chinese economy is going south, it will reduce the demand of Chinese firms for other countries’ products,” Wei said. China’s economy is also intertwined with many others in the region, he added, meaning a financial or banking crisis could easily have negative impacts beyond its borders.

“These are the reason for why the U.S. and elsewhere we’ve see our stock market respond to news about a Chinese company,” he added. “Now is this response justified or is it an overreaction? That depends on two things — one is does Evergrande actually constitute a systematic risk for the Chinese economy? And two is, if it does, can the Chinese government manage to contain the risk?”

S&P Global stated in its report that it does not expect “government actions to help Evergrande unless systemic stability is at risk.”

“A government bailout would undermine the campaign to instill greater financial discipline in the property sector,” the researchers stated. “Government support to prevent a default is only likely if contagion risks cause other large developers to fail.”

The agency said it believes a hit to the financial system from Evergrande alone will be “manageable” and that Beijing’s focus would be to “ease Evergrande through an orderly debt restructuring or bankruptcy process that maximizes the value of its substantial assets.” Rather than a “bailout,” it foresees the government facilitating negotiations to ensure individual investors and homebuyers are protected.

Tommy Wu, an economist with Oxford Economics, similarly stated in a Tuesday report, “While we think the government doesn’t want to be seen as engineering a bail out, we expect it to step in to conduct a managed restructuring of the firm’s debt to prevent disorderly debt recovery efforts, reduce systemic risk, and contain economic disruption.”

If this restructuring plan works, Wu writes that they expect the implications for overall economic policy and outlook to “remain contained,” though the property sector will likely remain tense for some time and some spillover into the wider financial sector is likely.

Brad McMillan, the chief investment officer for Commonwealth Financial Network, said Americans should not panic about a so-called “Lehman Brothers moment” just yet in a memo shared with ABC News on Tuesday.

“Despite the worry, so far this looks like a corporate bankruptcy and not something worse,” McMillan said. “It’s a big one, to be sure, but one that can be handled within the system. Bondholders will lose money, other companies will be affected, and life will move on. So far, that situation is what we see and not something bigger.”

Even if it does evolve into something larger, McMillan noted that the Chinese government “has more money — and more legal powers — to contain the damage than the U.S. and western governments did back in 2008.” Moreover, McMillan argues the Chinese financial system and the rest of the world are less integrated than in 2008, meaning the “contagion possibilities are simply more limited.”

Ultimately, “the bus that you are watching is rarely the one that ends up hitting you,” McMillan adds.

“Both the U.S. government and regulators, and U.S. banks and financial institutions, are very aware of the situation in China, and they are at least thinking about how to minimize the risks,” he said. “That was not the case in 2008. Since this is not coming out of the blue, any damage will be contained — and likely much less than is now feared.”

Why is this impacting cryptocurrencies?

Cryptocurrencies have seen meteoric growth in recent years, and have emerged as especially popular among retail investors. Crypto markets have seen a dip in recent days amid the Evergrande headlines, but the digital currencies have also been notoriously volatile and prone to wide and seemingly sudden swings in prices.

“In opaque crises like the one now afflicting China’s Evergrande real estate conglomerate, it’s less ‘what you know’ than ‘what you know you don’t know’ that drives financial volatility,” Robert Hockett, a professor of law at Cornell University whose research focuses in part on financial and monetary law, told ABC News via email. “In these cases of opacity-fueled fear, assets described by the word ‘crypto’ can be expected to take the worst hits in the asset fire sales that accompany conflagration much as did those more euphemistically called ‘subprime’ 13 years ago.”

Bitcoin, Ethereum and others are “accordingly finding themselves hardest hit right now — even more than the more traditional speculative firms like Goldman,” he added.

“They are, in effect, the new canaries in the current financial coal mine,” Hockett said.