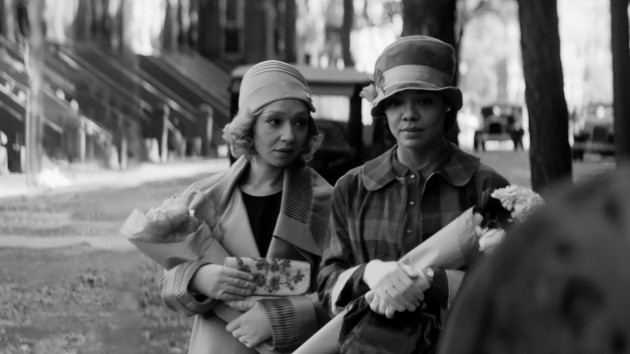 As previously noted, the film is based on Nella Larsen‘s 1929 novella of the same name. It follows two mixed-race women, played by Thompson and Negga, who reunite in their adulthood and discover that one of them is now passing for a white woman. André Holland, Bill Camp, Gbenga Akinnagbe, Antoinette Crowe-Legacy and Alexander Skarsgard also star. Passing hits select theaters on October 27, before becoming available to stream on Netflix November 10.

In other news, Ashton Sanders has been tapped to play yet another music icon, Deadline as learned. Sanders, who currently plays RZA in Hulu’s Wu-Tang: An American Saga, has joined the cast of the Whitney Houston biopic I Wanna Dance With Somebody. He will take on the role of New Edition singer — and Houston’s ex-husband — Bobby Brown. As previously reported, Naomi Ackie will play the legendary singer in the new feature, which producer Clive Davis says will “present the full story of Whitney Houston impeccably and [ensure] that it will be realistic in every respect.” Kasi Lemmons serves as director, while Academy Award nominee Anthony McCarten will write the script. A release date for I Wanna Dance With Somebody has not yet been announced.

Finally, Ashanti is taking her talents back to the screen. According to Deadline, the singer will produce and star in the upcoming rom-com The Plus One. She will play Lizzie, a soon-to-be bride who asks her “Male of Honor,” Marshall, not to bring “his hated ex, Marie, to her destination wedding.” Unfortunately for Lizzie, Marshall invites Marie as his “plus one.” Additional casting has yet to be announced.