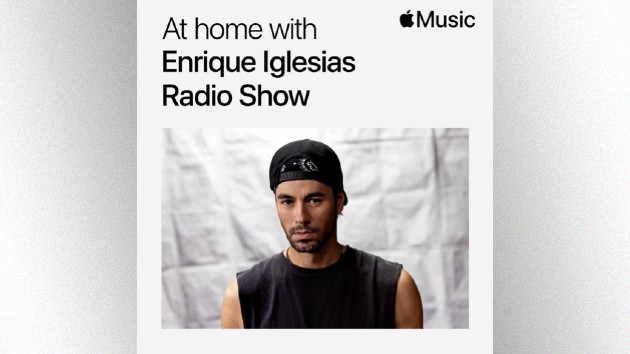 With the release of Final (Vol. 1) on Friday, Enrique Iglesias is winding down the album-making part of his career.

In a new interview with Apple Music’s Zane Lowe, he says he’s “sticking to” his decision to stop making albums.

“Back in 2015-16, I was shooting a video and it just crossed my mind, my next album should be my final album,” Enrique says. “Granted, there’s volume one and volume two, because I have a record contract, to be honest…But I feel I’m in this chapter of my life and making an album, it’s a grueling process for me.”

The 46-year-old says he’s still going to write songs, but they just won’t be released in the format of an album.

Enrique is set to kick off his joint tour with Ricky Martin on September 25 in Las Vegas. He tells Zane you probably won’t see him do a Vegas residency any time soon, though.

“Because I don’t like performing in the same city every single night, at least right now,” he explains. “And I’ve been asked to do Vegas for the past five, six, seven, eight years, and I’ve always said no.”