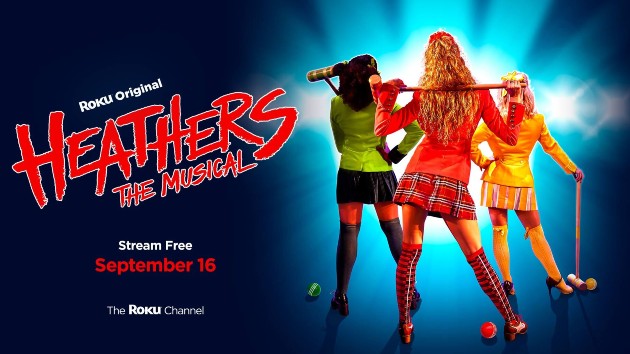 The musical broke box office records there and at its later home, Theatre Royal Haymarket, later that year.

Heathers: The Musical returned to the Haymarket for another successful West End season in 2021, and it also toured the United Kingdom before returning to The Other Palace in November 2021, where its hit run continues.

Like the film, the musical centers on Ryder’s Veronica Sawyer finally taking on Westervelt High School’s dreaded, identically monikered mean girls known collectively as The Heathers, with the help of the mysterious new kid, J.D., played by Christian Slater in the film.

The Roku version will star theatrical players Ailsa Davidson as Veronica and Simon Gordon as J.D., as well as Vivian Panka as Heather Duke, Teleri Hughes as Heather McNamara and Maddison Firth as Heather Chandler.

According to Roku, the musical will be filmed at its original venue.