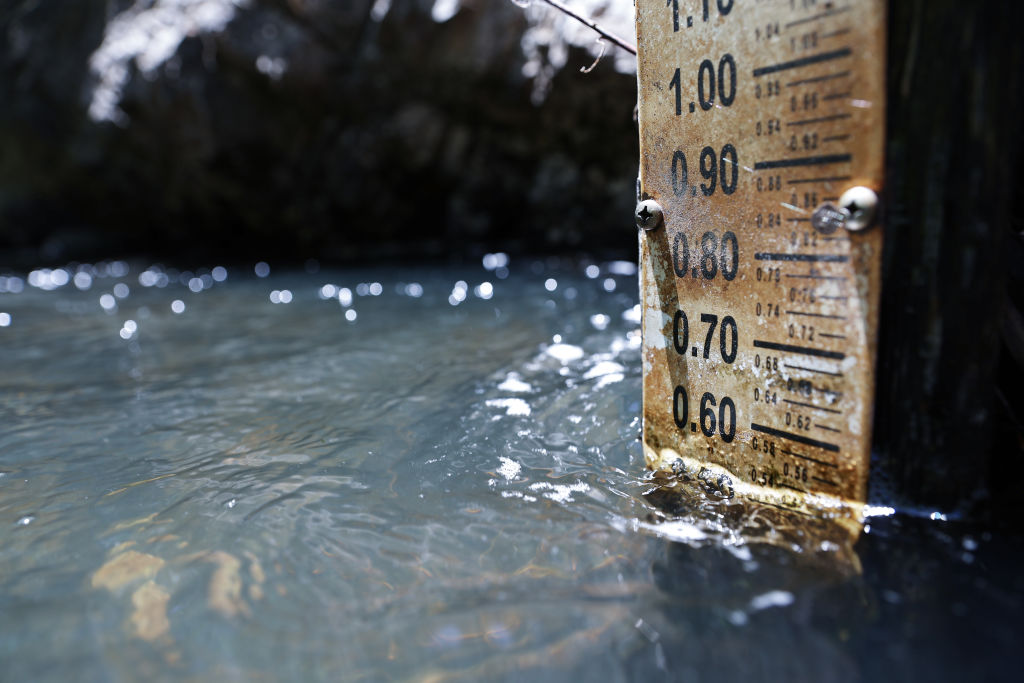 (LAS VEGAS, N.M.) — As his city stands on the brink of running out of water, Las Vegas, New Mexico, Mayor Louie Trujillo said the fires that initiated the problem could have been avoided.

“The government is 100% responsible for this disaster and we intend to hold them accountable, to pay for every expense and discomfort that the citizens are suffering right now, even if it includes legal recourse,” Trujillo said.

The city is in a state of emergency after intense flooding at the Hermits Peak-Calf Canyon Fire “burn scar” area led to contamination in water reservoirs from ash, soot, burned trees, pine needles, rocks and boulders.

Now, the Gallinas Reservoir, where the people of Las Vegas get the majority of their drinking water, is expected to be out of usable water within 50 days.

The first fire was set in late 2021 and wasn’t properly extinguished, allowing it to reignite in April, Trujillo said. That fire then joined together with another that was set by the service in April.

The second fire was originally ignited to try to thin dense pine needles, but it was set during windy conditions.

“The destruction that continues to befall New Mexico communities affected by the U.S. Forest Service planned burns from earlier this year is unfathomable,” Grisham said in a statement.

Trujillo said he has met with Washington officials about the issue, including President Joe Biden, who made a visit to the area in June.

“We are going to insist that they continue to assist our residents with what we need,” Trujillo said.

The U.S. Forest Service has not responded to ABC News’ request for comment.

New Mexico Gov. Michelle Lujan Grisham declared a state of emergency on Friday, leading to an executive order of $2.25 million to address the water crisis.

“New Mexicans in San Miguel County have been through enough — we will continue to do everything we can to support them and prevent additional damage as a result of the wildfires,” Grisham said in a statement.

The funds will be used to help the local government with emergency measures, repairs and prevention plans.

Along with Gallinas, Las Vegas allocates some parts of Storrie Lake for its water.

The governor’s order will permit a temporary pre-treatment system that will allow officials to pump and treat water from the lake to augment the remaining usable water from the river.

Hundreds of people are working on this initiative, Trujillo said, as the city is also preparing for its college student population to return in the fall. New Mexico Highlands University, with an enrollment of over 3,700 students, is located in the city.

The systems are important for long-term solutions, as this will impact the water source into next year, the mayor said.

Because the area has had one of the most fruitful monsoon seasons so far in years, the damage to the water is even more frustrating, Trujillo said. Las Vegas’ current filtration system does not allow officials to filter the turbulent water that is flowing from the flood into the river, Trujillo explained.

“We’ve had rain almost every single day in the area of the burn scar. We haven’t had a fruitful monsoon season in years and this is the year that we’re getting it and we can’t use any of that water for our purposes,” Trujillo told ABC News.