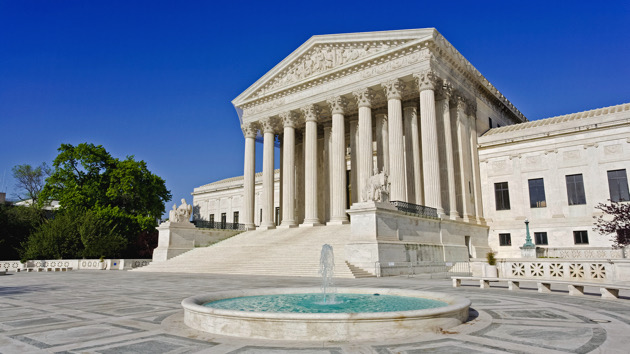 (WASHINGTON) — More than 60 major American companies that employ tens of thousands of U.S. workers are asking the Supreme Court to uphold the use of race as a factor in college admissions, calling affirmative action critical to building diverse workforces and, in turn, growing profits.

The businesses — some of the most high-profile and successful in the U.S. economy — outlined their position in legal briefs filed Monday ahead of oral arguments this fall in a pair of cases expected to determine the future of the race-based policy.

The companies told the court they rely on universities to cultivate racially diverse student bodies which in turn yield pools of diverse, highly educated job candidates that can meet their business and customer needs.

Citing data and research on a rapidly diversifying America, the companies said race-based diversity initiatives are about more than what many call a moral imperative and critical to their bottom lines.

“Prohibiting universities nationwide from considering race among other factors in composing student bodies would undermine businesses’ efforts to build diverse workforces,” they said.

Eight of the top U.S. science and technology companies, including DuPont and Gilead Sciences, filed a separate brief stressing their view on the importance of racially diverse campuses for cultivating the best future innovators.

“If universities are not educating a diverse student body, then they are not educating many of the best,” they wrote, urging the court not to strike down affirmative action. “Today’s markets require capitalizing on the racial and other diversity among us … Those efforts, in turn, contribute to the broader health of our nation’s economy.”

In a series of decisions beginning in 1978, the high court has found that race can be used as one factor among many when considering college admissions applications but that a school cannot use quotas or mathematical formulas to diversify a class.

“In order to cultivate a set of leaders with legitimacy in the eyes of the citizenry, it is necessary that the path to leadership be visibly open to talented and qualified individuals of every race and ethnicity,” Justice Sandra Day O’Connor wrote in her 2003 opinion in Grutter v. Bollinger.

The group, Students for Fair Admissions, alleges that Asian-American applicants have been illegally targeted by Harvard and rejected at a disproportionately higher rate in violation of Supreme Court precedent and the students’ constitutional rights.

That the Supreme Court has agreed to hear the cases is widely seen as an indication that the justices could be willing to revisit their precedents on affirmative action and end the use of racial classifications in admissions altogether.

It will be the first test on the issue for the court’s six-to-three conservative-leaning majority, following the retirement of Justice Anthony Kennedy and the death of Justice Ruth Bader Ginsburg, both of whom defended race-conscious admissions.