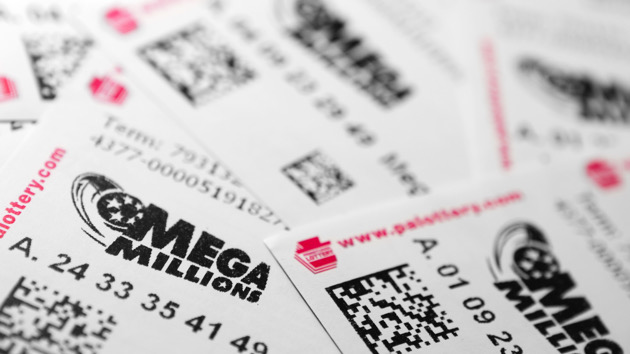 For only the third time in the 20-year history of the American lottery game, the big prize has reached the billion-dollar mark. The jackpot has grown to an estimated $1.1 billion — a cash value of $648.2 million — after no ticket matched all six numbers drawn Tuesday night, according to a press release from Mega Millions.

If won, it will be the second-largest jackpot in Mega Millions history, behind only the record $1.537 billion won in South Carolina on Oct. 23, 2018 — the world’s largest lottery prize ever won on a single ticket.

Friday night’s Mega Millions drawing will mark the 30th in this jackpot run, which began on April 19.

Mega Millions jackpots start at $20 million and grow based on game sales and interest rates. Despite a surge in ticket sales, the odds of winning the big prize remain the same — 1 in 303 million.

Mega Millions tickets are $2 and can be purchased in 45 U.S. states, Washington, D.C., and the U.S. Virgin Islands. Drawings are conducted at 11 p.m. ET every Tuesday and Friday at the studios of Atlanta ABC affiliate WSB-TV, supervised by the Georgia Lottery.

Winners can either take the money as an immediate cash lump sum or in 30 annual payments over 29 years.