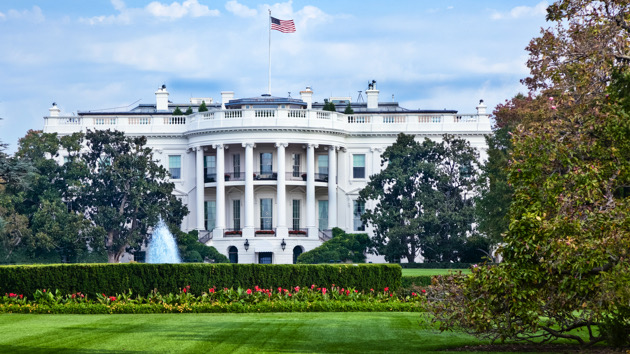 (WASHINGTON) — Naomi Biden, President Joe Biden’s eldest granddaughter, will have her fall wedding on the South Lawn of the White House — the first time the White House has hosted nuptials since 2013.

“Sooo not sure how best to update but was supposed to do so weeks ago…but we have finally figured out where the ceremony will be…and much to the relief of secret service and with the dogs’ endorsement…we’ll be getting married on the South Lawn! Couldn’t be more excited,” the 28 year-old Naomi Biden, an attorney, wrote on Twitter on Thursday.

Aides had previously announced that she and her 25-year-old fiancé, lawyer Peter Neal, would have a reception at the White House on Nov. 19.

“Peter and I are endlessly grateful to my Nana and Pop for the opportunity to celebrate our wedding at the White House. We can’t wait to make our commitment to one another official and for what lies ahead,” Naomi Biden, daughter of the president’s younger son, Hunter, tweeted in April.

The White House has said the Biden family will be covering the cost of the reception as is consistent with other private events hosted by the first family and in keeping with the tradition of wedding festivities under prior administrations.

Naomi Biden and Neal were introduced by friends some four years ago, first lady Jill Biden’s office previously told reporters. Neal proposed in September in Jackson Hole, Wyoming, not far from where he grew up “with a ring that includes the band of his grandmother’s engagement ring.”

Their families “were there to surprise them after,” the first lady’s office has said.

According to the White House Historical Association (WHHA), there have been 18 documented weddings at the White House and four documented receptions. The most recent ceremony was in 2013, under President Barack Obama, when his photographer Pete Souza wed Patti Lease.

The most recent reception was in 2008, for President George W. Bush’s daughter Jenna Bush ahead of her marriage to Henry Hager at the Bush family ranch in Texas.

While the WHHA notes there have been weddings held in the Rose Garden, they do not list any weddings that took place on the South Lawn.