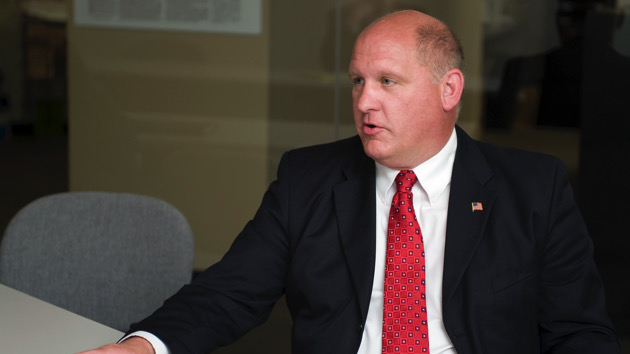 (WASHINGTON) — Rep. Glenn “GT” Thompson, R-Pa., confirmed that he attended his gay son’s wedding on Friday — just days after voting against a bill that would codify federal protections for same-sex marriage.

“Congressman and Mrs. Thompson were thrilled to attend and celebrate their son’s marriage on Friday night as he began this new chapter in his life. The Thompsons are very happy to welcome their new son-in-law into their family,” Thompson spokeswoman Maddison Stone told ABC News in a statement late Monday.

Stone did not directly respond to further questions about Thompson’s attendance in light of his vote on the marriage legislation.

Thompson was one of 157 House Republicans to vote against the proposal last week, which Democrats had pushed following the Supreme Court’s decision to scrap constitutional protections for abortion access.

In a statement to the local newspaper Centre Daily, Stone called the bill “nothing more than an election-year messaging stunt for Democrats in Congress who have failed to address historic inflation and out of control prices at gas pumps and grocery stores.”

The legislation was sparked by Justice Clarence Thomas’s supporting opinion in the ruling overturning Roe v. Wade. Thomas wrote that the high court should revisit past decisions protecting same-sex marriage and contraception access.

Forty-seven House Republicans ultimately voted in favor of the marriage bill, and Senate Democrats are trying to cobble together the 10 Republicans they’d need to overcome a filibuster in the upper chamber and send the legislation to President Joe Biden’s desk.

Same-sex marriage has long been a contentious topic for Republicans. The most recent party platform, which was enacted in 2016 and renewed in 2020, states that marriage is between a man and a woman, though polling shows the majority of Americans – including a majority of Republicans – support same-sex marriage.