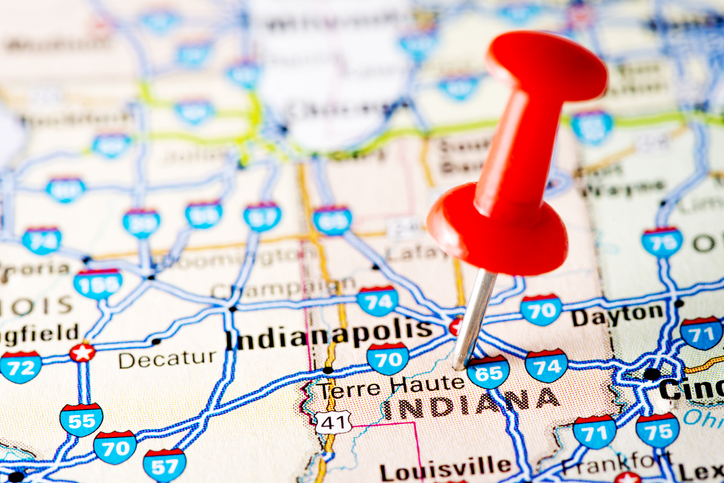 Monday’s testimony comes prior to the legislature’s vote on Senate Bill I, which is slated for Tuesday at 1 p.m.

The proposed bill would ban all abortions in the state from the moment of conception, with exceptions for rape, incest, threats to the health of the mother, or due to fatal fetal abnormalities.

The bill would not hold women accountable, criminally, but rather those who perform abortions outside of these exceptions.

While testimony began, abortion-rights protestors could be heard from outside the Statehouse in Indianapolis, where the hearing took place.

Vice President Kamala Harris also came to Indianapolis in preparation for the legislature’s Tuesday vote, meeting with lawmakers to discuss the bill.

Dozens of Indiana residents shared testimony before state senators, calling for changes to the bill, some arguing for more restrictions, and others pleading for less.

On both sides, much of the hourslong testimony pointed to vagueness within the proposed law.

Several doctors testified that they or their colleagues will become fearful of performing abortions and potentially put their patients at risk.

Amy Caldwell, an obstetrician and gynecologist in Indiana, testified to the same sentiment, adding that it’s important for physicians to have safe, private conversations with their patients about their health.

Ariel Ream, an Indiana woman who sought pregnancy through IVF, said she’s fearful of losing that protected relationship with her doctors.

“Who gets to decide when my life is truly at risk?” Ream said during the hearing. “When am I hemorrhaging enough to be able to get care, what doctor is not going to be scared, as we’ve heard today, to not lose their license to give you the care they need?”

Others, including Elizabeth Manring, think the vagueness needs to be addressed in order to create more restrictions.

She asked senators to vote against this bill and instead “close the loopholes large enough to drive a truck through and actually work to stop abortion in Indiana.”

Advocates for abortion and anti-abortion rights both raised questions about the implication of religion within the law.

Several anti-abortion rights advocates referenced the Bible, in favor of a complete ban on abortion with no exceptions for rape or incest.

“If the language of the bill isn’t changed, innocent children will die. God’s wrath will continue to be stored up against us and the Republican Party will lose many of its God-fearing constituents,” Seth Leeman said.

Brian Shrank, who said he ministers outside of abortion clinics, referenced a 10-year-old girl who came to Indiana to receive an abortion after becoming pregnant from rape, saying, “God gave that girl life.”

Rabbi Aaron Spiegel argued against the bill for fewer restrictions, saying that the ban from conception is against the beliefs of Judaism and therefore not coherent with the Constitution’s pledge to freedom of religion.

Grey Lesesne, a reverend at an Episcopal Christian church in Indianapolis, said that this bill would harm many of his congregants.

“I’m asking you to give Hoosier women and pregnant people the dignity and respect to make these difficult decisions with their doctors, their families and their communities of faith,” Lesesne said.

Several women came forward to share their experiences with abortion.

One, Danielle Spry, said that she “cannot even fathom the trauma” that having to go through with her pregnancy would have caused her.

Spry said that she was told her daughter would not have been able to survive after birth, due to fatal fetal abnormalities that would not allow her lungs or heart to work properly.

Spry added that she believes women should be able to carry any pregnancy to term, but that she was grateful that she had a choice.

Public testimony will continue for the bill at 9 a.m. on Tuesday, leading up to a 1 p.m. vote on the bill by state senators.