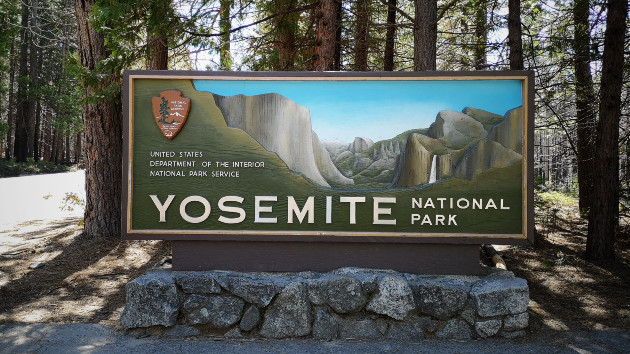 (NEW YORK) — The southern entrance of Yosemite National Park is scheduled to reopen now that firefighters have made headway with containing the wildfire that was threatening the park’s iconic sequoia trees.

The Washburn Fire, a wildfire that has burned through nearly 5,000 acres along the southern border of Yosemite since July 7, had reached 58% containment as of Thursday, according to the Yosemite Fire and Aviation Management.

The containment of the fire, which at one point was inching dangerously close to the Mariposa Grove, will allow the southern entrance of Yosemite National Park to open on Saturday at 6 a.m., a spokesperson for the National Park Service told ABC News.

The Mariposa Grove is one of the most popular destinations at Yosemite and is home to more than 500 mature giant sequoia trees. This summer was the second time in less than a year that an approaching wildfire neared an iconic plot of sequoia trees, some of which have been there for thousands of years.

No reports of damage to any of the named trees in the grove have been released, and some tree trunks have been wrapped in fire-resistant foil as protection.

Sprinklers have also been set up around several trees, including the Grizzly Giant, the most famous giant sequoia at Yosemite, which stands at 209 feet tall. Fire officials hope the steady stream of water, combined with prescribed burns, will be enough to protect the trees from a fatal encounter with the wildfire.

Since 2020, three fires are estimated to have killed up to 19% of the large giant sequoias in the entire Sierra Nevada population, and 85% of sequoia groves have been affected by wildfire in the past six years, according to the National Park Service.

A portion of Highway 41, which leads into the southern entrance of Yosemite, was shut down earlier this month as a result of the Washburn Fire.

The cause of the fire is still unclear.