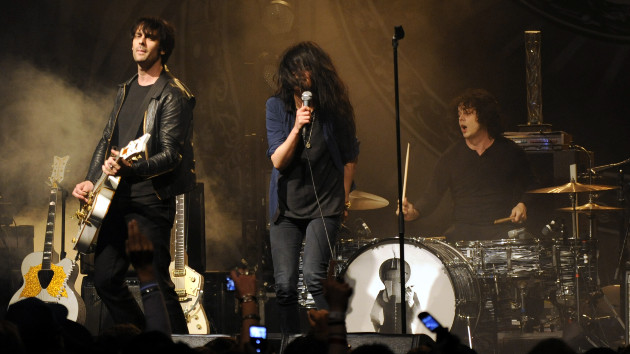 Could The Dead Weather ever come alive again?

The band — which features Jack White on drums, plus his Raconteurs bandmate Jack Lawrence, Queens of the Stone Age guitarist Dean Fertita and The Kills‘ Alison Mosshart — last released an album in 2015 with Dodge and Burn and hasn’t toured since 2010.

As for future Dead Weather plans, Mosshart tells Consequence, “Your guess is as good as mine.”

“Maybe one day we’ll all be home at the same time and get together and do something again,” she says, explaining that forming The Dead Weather back in 2009 was a “happy accident.”

“We walked into Jack’s new recording studio at the time to test out the room and the gear, and walked out with a whole record in the blink of an eye,” Mosshart recalls. “It was a real, ‘Holy s***, what have we just done?!’ moment … We had no plan or desire to start a band, but the music just seemed to kidnap us.”

Getting The Dead Weather back together now, Mosshart thinks, would have to recapture the “magic” of those early recording sessions.

“It’ll have to feel just right,” she says.

White, meanwhile, has been busy with his solo career. His latest effort, Entering Heaven Alive, is out Thursday. It’s his second solo release of the year, following April’s Fear of the Dawn.