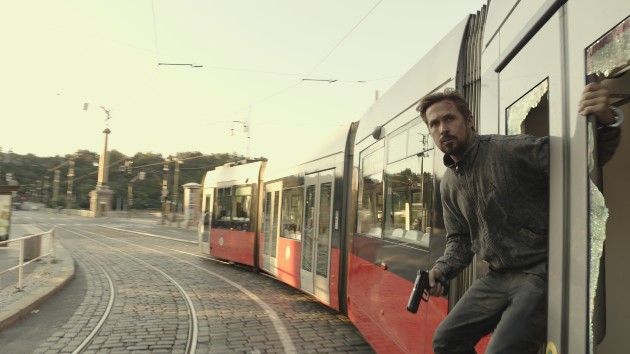 Ryan Gosling told Good Morning America on Thursday that he has always wanted to make an action film and is checking off that box with his latest movie, The Gray Man, directed by Joe and Anthony Russo.

The Oscar-nominated actor, who is known for his roles in La La Land and The Notebook, explains action films are, “probably what made me fall in love with movies.”

“It took a long time to get there but, you know, it was like finding the right one, finding the right character and obviously the Russo brothers directing this, who have been doing this for a decade at Marvel and killing it, I just knew I could go along for the crazy ride and feel comfortable with them driving,” he continued.

Gosling, who shares two daughters with his partner, actress Eva Mendes, also shared a funny moment involving his family that took place while he was filming in Prague.

He recalled, “…There’s lots of explosions going off…Eva and the kids…were in a hotel nearby.”

“I got a call in the middle of one of the scenes and…it was Eva saying, ‘How long are these explosions going to go on because the girls have a piano zoom class,'” he laughed.

In the movie, Gosling’s character, Sierra Six, is mocked by former CIA Agent Lloyd Hansen — played by Chris Evans — and referred to as “Ken Doll.” Gosling said the line was added into the script of The Gray Man after he was cast in the live-action Barbie film.

“I was the last to recognize the Ken in me but — I see it clearly now,” the actor joked, saying he’s experiencing a “Kenaissance.”

The Gray Man is out in select theaters now and hits Netflix Friday.