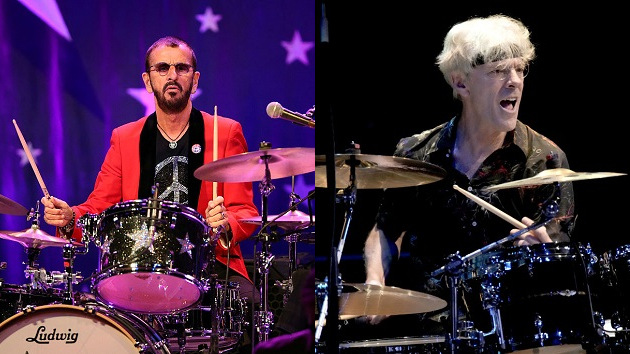 The Beatles‘ Ringo Starr, The Police‘s Stewart Copeland, and The Grateful Dead‘s Mickey Hart and Bill Kreutzmann are among the famous musicians featured in an upcoming documentary titled Let There Be Drums!, according to Deadline.

Hawkins’ appearance in the film marks, as Deadline puts it, “what may have been the final filmed interview” he gave prior to his unexpected death earlier this year.

Let There Be Drums! was directed by Kreutzmann’s son, Justin, who told Deadline the project gave him the opportunity “to talk to the world’s most influential drummers in hopes of better understanding his father and the instrument that defined his life.”

Let There Be Drums! is set to premiere in theaters October 28. Hart and Bill Kreutzmann are serving as executive producers on the movie.