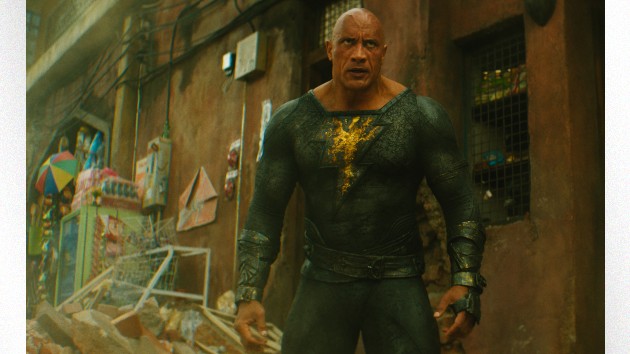 Seeing masked heroes is nothing new for patrons of any comic convention. But it will be the mandate this year, when the mothership of all cons, San Diego Comic-Con, kicks off Thursday.

Amid a spike of COVID cases in California, the return of the in-person convention will also see a mask mandate return — something many cosplayers and fans hoped wouldn’t be the case.

According to Comic-Con International, your Stormtrooper bucket won’t do, either: “Face coverings should completely cover the nose and mouth … and not have any gaps,” the rules stipulate.

Further, the organizers dictate attendees, “… will [also] be required to provide verification of full COVID-19 vaccination status or proof of a negative COVID-19 test taken within 72 hours.”

With the question of “what to wear” out of the way, fans are buzzing with what they can expect this year.

Dwayne “The Rock” Johnson will be there ahead of Black Adam; there will be hints about DC’s Batgirl, starring Leslie Grace and Michael Keaton; and peeks of the sequels to Aquaman and Shazam, too. Plus, there are rumors fan favorite Henry Cavill will announce he’s returning to play Superman.

Marvel Studios is also returning, with fans hoping to get a better idea of the MCU’s next Thanos-level threat: Big screen teases like Black Panther: Wakanda Forever, Ant-Man and The Wasp: Quantumania and The Marvels will likely unspool, along with small-screen projects like She-Hulk: Attorney at Law and Secret Invasion.

Streaming services like Netflix, Disney+, Apple TV+, HBO Max and Hulu will also be representing, making news with talent and panels, as will networks including FX, Freeform, Fox and AMC.