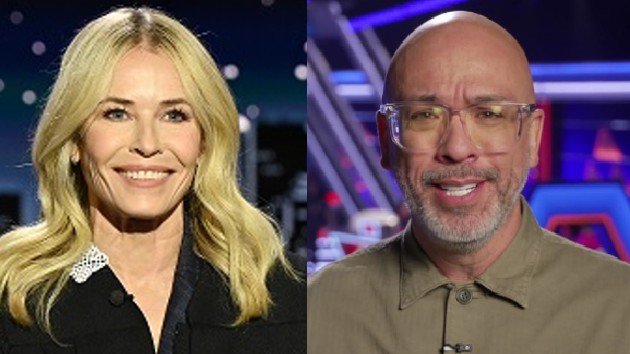 Chelsea Handler has told her social media followers that she and fellow comedian Jo Koy have broken up — alongside a video message of the pair celebrating their almost-one-year anniversary.

The pair is shown goofing around in the video message, which Chelsea says they recorded “a little early,” and in which Koy accidentally clonks her on the tooth with a mannequin arm stuffed into his sleeve. And while the video explains what they’ve learned together in the past year, Handler’s caption says they’ve decided to part.

“In anticipation of celebrating our first year together, Jo and I recorded this video early, but…it is with a heavy heart to announce that we have decided together that it is best for us to take a break from our relationship right now.”

Chelsea continues, “I know many of you were invested in our love, and I wanted to express to you how much that meant to both of us. How much it still means. And how much I now believe in love for each one of us.’

The comic says Koi “blew my heart open with love,” adding, “because of him, my life experience has changed forever. To be loved and adored by @jokoy has been one of the greatest gifts of my life.”

“He renewed my faith in men, in love, in being 100% who I am, and I’ve never been more optimistic for the future,” Handler commented.

“This is not an ending. It’s another beginning,” she insisted.

“So, please continue to root for both of us,” Chelsea told her fans, following it with a plug for Koy’s upcoming movie, Easter Sunday.