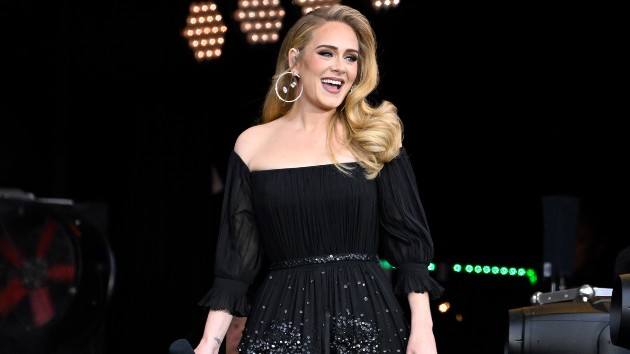 As temperatures in her hometown of London soar to 104 degrees, Adele has escaped the heat by decamping to Italy.

The British paper The Daily Mail has photos of the singer, some friends and her boyfriend, Rich Paul, on a boat in Sardinia Tuesday. The paper gleefully detailed how much it believes Adele’s ensemble and purse cost — as though a multimillionaire pop star wouldn’t be wearing designer clothes and carrying a status bag.

And Adele has earned the break, having recently put on two critically acclaimed shows at London’s Hyde Park. She wrote on Instagram, “See you really soon” — as opposed to the five years she made fans wait since the last time she sang in her hometown.

British tabloids have reported that the success of those two shows has now given Adele the drive to reschedule her Las Vegas residency for this December and that she plans to announce the details shortly — but it’s the British tabloids, so take that report with a grain of salt.

More pop stars recently spotted on Italian islands include Katy Perry, who was in Capri over the weekend filming a new commercial for Dolce & Gabbana, and Mariah Carey, who’s in Capri now, splashing around in the water while wearing a black sequined gown. Because she’s Mariah, obviously.