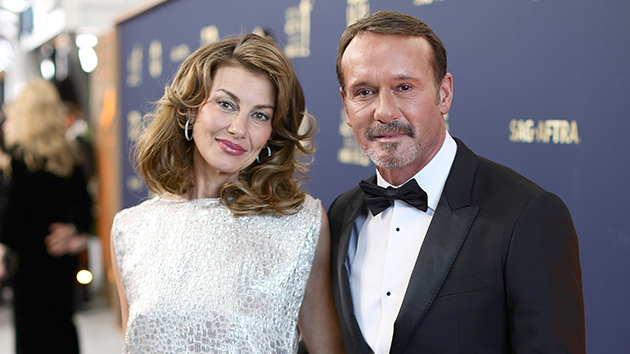 Tim McGraw and Faith Hill‘s chemistry was on full display in the video for their hit duet “It’s Your Love.” But what the couple remembers most from the video shoot was Faith’s specific pregnancy craving: milkshakes.

Faith recalls that she was “so pregnant” with the couple’s eldest daughter, Gracie, at the time of the shoot in 1997. The couple agree the experience was special for many reasons.

“I craved a lot [of food], but the milkshake I needed at that moment,” Faith says, asserting that the milkshake stains were actually edited out of the shots.

“It’s Your Love” spent six weeks at the top of Billboard Hot Country Songs chart and became a crossover hit, reaching #7 on the all-genre Billboard Hot 100. It was also nominated for two Grammy Awards and was named Vocal Event of the Year at the CMA Awards.

Outside of music videos, the couple has also acted alongside each other in the miniseries 1883, the prequel to Yellowstone.