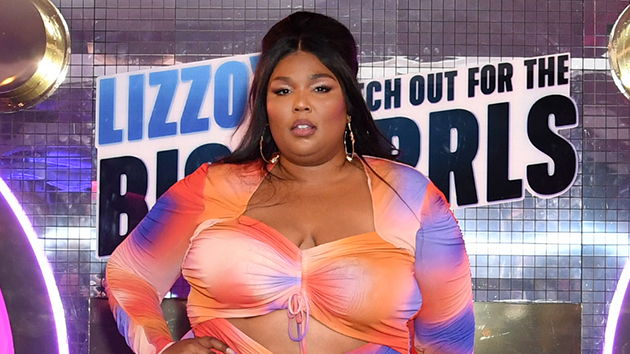 ﻿Lizzo﻿ is feeling “Good As Hell” thanks to several things. There’s her new shapewear line, YITTY, her upcoming album, Special, her hit Watch Out for the Big Grrrls reality series, and her just recently confirmed new boyfriend.

Speaking with Andy Cohen on Monday, the singer was asked if she and the “mystery man” she was photographed with in February were still together.  With a laugh, Lizzo confirmed she’s kept him around, adding, “Whatever!  Yeah.”

Cohen pressed Lizzo further, asking if her fame has been an obstacle in her new relationship, especially since no one knows who her new beau is.  “If you have the right person, no… Not at all. It’s not even a factor,” the Grammy winner insisted. “It should be mutually supportive, no matter what that person does.”

On the topic of being “supportive,” Andy pried even more by asking if Lizzo’s mystery man was present in the audience and cheering her on during her Saturday Night Live stint over the weekend.  “Damn, you’re really good at this… You get the scoop, don’t you?,” she cracked before confirming with a quick, “Yeah.”

Lizzo did not drop any clues about who her mystery man is, nor did she reveal when the two became exclusive.

The singer admitted back in February during an interview with ﻿Variety ﻿that she was “a little bit” in love and teased that, perhaps, we will know more about her new flame in her upcoming ﻿Special ﻿album.  “It is a love album,” she confirmed at the time, adding that it is a “personal” record for her.

Special arrives July 15 and is available to pre-save/pre-order now.