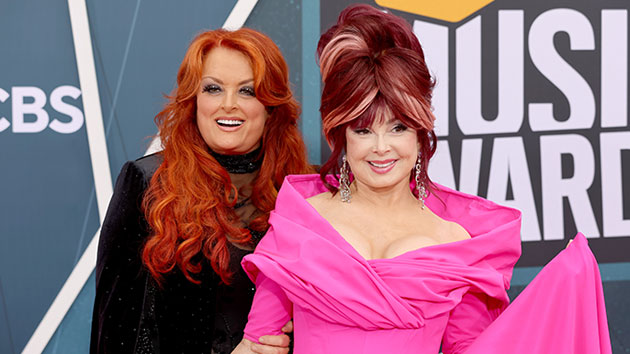 Earlier this week, legendary mother-daughter duo The Judds gave one of the stand-out performances of the 2022 CMT Music Awards when they brought “Love Can Build a Bridge” to the stage.

Naomi and Wynonna Judd looked cool, calm and collected as they sang together from an outdoor stage in downtown Nashville, but of course there were some nerves in play: It was the first time they’d sang together on television in over two decades.

Before she took the stage, Wynonna said she “needed a little advice” from one of her own country music heroes, so she called up none other than “Queen” Loretta Lynn. She shared the moment on social media, posting video of herself getting her makeup done while talking to the living legend on speaker.

“Do you have any advice for me tonight on TV?” Wynonna asks.

“Yeah, keep your drawers on,” Loretta shoots back, before the two women break into a laugh.

Those words of wisdom will serve Wynonna well in the months ahead, when she’s got a whole lot of shows on the books. The Judds just announced a fall 2022 arena tour that’s being billed as “The Final Tour,” and features supporting act Martina McBride.