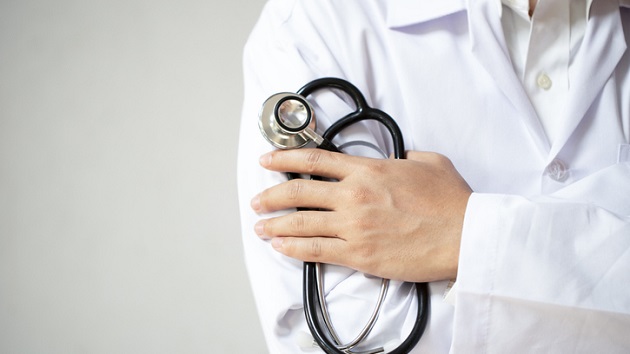 (NEW YORK) — Cases of several sexually transmitted diseases continued to increase during the first year of the COVID-19 pandemic, according to a new federal report.

Published by the Centers for Disease Control and Prevention Tuesday, the report found STD cases fell during the early months of 2020 but resurged later in the year.

However, the decreases observed in early 2020 may have been a result of significant reductions in screening and reporting associated with the onset of the COVID-19 pandemic, the CDC noted.

Specifically, cases of gonorrhea, syphilis and congenital syphilis were higher than levels seen in 2019 despite lockdowns, stay-at-home orders and school closures.

Cases of chlamydia — which represent about two-thirds of total STD cases — were lower in 2020.

“There were moments in 2020 when it felt like the world was standing still, but STDs weren’t,” Dr. Jonathan Mermin, director of CDC’s National Center for HIV, Viral Hepatitis, STD, and TB Prevention, said in a statement. “The unrelenting momentum of the STD epidemic continued even as STD prevention services were disrupted.”

Cases of congenital syphilis, which occurs when a mother passes on the disease to her baby during pregnancy, spiked 15% from about 1,900 in 2019 to more than 2,100. This occurred in the broader context of what the CDC has called a “resurgence” in congenital syphilis with annual case counts skyrocketing 235% since 2016.

The CDC said these increases are particularly “worrisome” because congenital syphilis — which is easily preventable with screening and treatment — has serious risks including life-long physical and mental health risks for babies, miscarriage and stillbirth.

Because congenital syphilis occurs in communities of color at rates several times higher than among whites, officials fear the rises in the disease spreading from mother to child will perpetuate health disparities.

“This … highlights the nation’s failure to provide sufficient, quality sexual health care for everyone who needs it,” Dr. Leandro Mena, director of CDC’s Division of STD Prevention, said during a media telebriefing Tuesday.

On its face, the one silver lining of the report found chlamydia cases decreased 13%, to about 1.6 million from 1.8 million.

However, the CDC cautioned that, because the disease is typically asymptomatic, these decreases were more likely due to screening shortfalls than to drops in infections.

During the telebriefing, the agency elaborated on some of the causes of the shortcomings in screening.

Mermin said “STD program resources were heavily diverted to address COVID-19” — including shunting of contact tracing staff. Half of programs discontinued STD prevention field work during most of 2020.

Additionally, Mena said more than half of the programs reported shortages in testing and treatment supplies during the pandemic.

The report also addressed which groups saw the highest rates of STDs.

STD rates were also higher across the board among certain racial and ethnic groups – including Black, Hispanic, Native Hawaiian/Pacific Islander and American Indian/Alaskan Native – compared to white and Asian Americans.

Gay and bisexual men were also disproportionately affected — particularly by syphilis — than other groups.

Similar patterns were seen in other states throughout the South, including Louisiana, Georgia, Tennessee and Alabama.

If the country fails to “rebuild, innovate, and expand” STD prevention resources in the coming years, Mermin said he expects STD rates will continue to rise.

“STDs are not patiently waiting for the pandemic to end, and neither can we,” the agency wrote in its report.