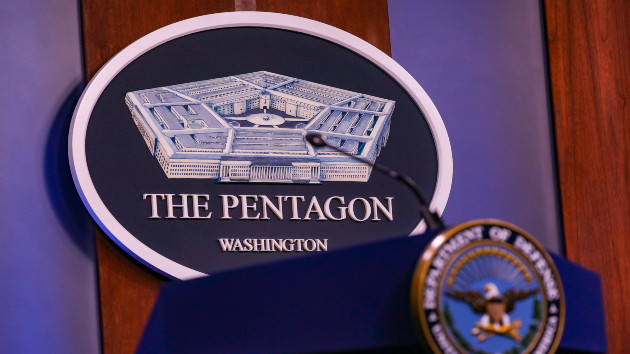 (WASHINGTON) — The Pentagon has been providing daily updates on the U.S. assessment of the Russian invasion of Ukraine and Ukraine’s efforts to resist.

Here are highlights of what a senior U.S. defense official told reporters Monday on Day 47:

The U.S. assesses that Putin has appointed Gen. Alexander Dvornikov to lead the invasion effort. But the change in leadership can’t erase the logistical and operational problems that have plagued Russian forces, according to the senior U.S. defense official.

“They have high challenges to surmount, and the choice of a general doesn’t mean that they’re poised for greater success,” the official said.

Dvornikov previously led Russian forces in the south of Ukraine.

“He was the commander of the southern military district. And in the early days and weeks of the conflict, the Russians did achieve more success in the south than they achieved certainly in the north. I have no idea that was a factor in his selection,” the official said.

The official noted that Russian efforts in the south are now largely stalled, with no progress against Mariupol since last week, and no success advancing on Mykolayiv.

“If Mr. Putin’s decision to pick Dvornikov was because he had some success, it wasn’t that much,” the official said.

The official said it is unclear how Dvornikov’s selection could affect the fighting, but said a pattern of brutality remains a constant.

“What is clear is that the Russians continue to sink to new lows of depravity and brutality, as we saw with the missile strike on the train station last week,” the official said.

The death and destruction in Mariupol is also a concern.

“We’re all bracing for when the rest of the world gets to see what happens in Mariupol, what has happened. I think we’re certainly bracing ourselves here for some for some potentially really, really horrible outcomes,” the official said.

Some of the Russian units that withdrew from the northern Ukraine area are starting to move east toward the Russian cities of Belgorod and Valuyki. A long convoy of Russian vehicles is beginning to head south to Donbas from that area.

“We believe that this line of vehicles that we talked about that are north of Izium came out of the Belgorod/Valuyki region, from there to the south,” the official said.

Last week, the official said the Pentagon assessed Russia would use that region to refit and resupply its battalion tactical groups (BTGs) that have been worn down by hard fighting near Kyiv and other areas of Ukraine. Some Russian units are too gutted to fight.

“At least in the grouping that we’re aware of, it’s not an insignificant number of their BTGs are combat ineffective. And what does that mean? It means a lot of things. It can mean that they don’t have the manpower that they need to effectively conduct a mission, or it could be ammunition and supply. It could be vehicles, depending on what the BTG does — not all of them are just infantry,” the official said.

The Pentagon believes the convoy is still north of Izyim and is an effort to reenforce and resupply their forces in Donbas with command and control elements, armored vehicles, and possibly helicopter and infantry support.

Artillery is also a part of the reinforcement effort.

“We’ve seen evidence that the Russians are beginning to reinforce some of their positions southwest of Donetsk. They’re doing that largely with artillery units,” the official said.

Military aid flowing to Ukraine by air and land

Eight to 10 flights per day are bringing military supplies into the region, and “near constant convoys on the ground” are flowing materiel into Ukraine, the official said.

In addition to providing support in the form of missiles, drones and small arms, the U.S. is also giving intel to assist Ukraine in the fight.

“We are providing good intelligence to the Ukrainians to help them with their self-defense,” the official said.

No evidence Russia took out Slovakian S-300 system in Ukraine

While the Pentagon assesses airport infrastructure that was damaged by Russia with an airstrike Sunday, there is no indication that any S-300 surface-to-air systems were destroyed, as Russia has claimed.

A small group of Ukrainian troops in the U.S. for planned military training in the U.S. when Russia invaded their country just returned home Sunday. The Pentagon took advantage of their presence to train them on the explosive Switchblade drones the U.S. is sending to aid Ukraine. The official on Monday said the U.S. is looking into training more Ukrainians, possibly in the States.

“It kind of follows that the Ukrainians are busy right now and that they obviously will want as many hands on deck there … to fight this war. But there’s been no policy decision that I’m aware of that would prevent them from coming to the United States,” the official said.

But the Pentagon is considering several possibilities.

“As for additional training on systems like the Switchblade, we are reviewing and thinking about and considering a number of different options for how we could manage to get more Ukrainians trained on that system,” the official said. “It’s a small number of systems as you know, but it’s a new system that they’re not familiar with.”