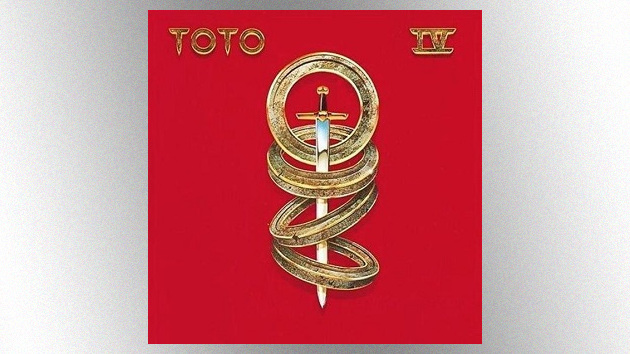 The album yielded four top-40 singles, including the melodic rock band’s two biggest hits, “Africa” and “Rosanna,” which peaked at #1 and #2, respectively, on the Billboard Hot 100. Toto IV also included “I Won’t Hold You Back” and “Make Believe,” which reached #10 and #30 on the chart.

“Africa” was co-written by Toto keyboardist David Paich and drummer Jeff Porcaro, and features Paich sharing lead vocals with founding frontman Bobby Kimball. Eagles bassist Timothy B. Schmit contributed backing vocals to the track, as well as to two other songs on the album, “I Won’t Hold You Back” and “Good for You.”

In 2020, “Africa” was certified six-times Platinum by the RIAA.

The song enjoyed a resurgence in popularity over the last couple of decades, at first as part of the “yacht rock” craze, and then after alternative rock band Weezer covered the tune in 2018.

In 2019, founding Toto guitarist Steve Lukather admitted to ABC Audio that he didn’t understand the enduring popularity of “Africa.”

“That was the weirdest tune we’ve ever cut,” he said. “We buried it…on side two on the IV album. The fact it was hit the first time was just staggering to me, but the fact that all these years later it’s become this thing [baffles me.]”

Reflecting on why the “kitschy” tune is so beloved, Lukather posed, “It’s not about love or politics or the end of the world. It’s just a silly song to make people dance and sing and forget about things for four minutes, I guess.”