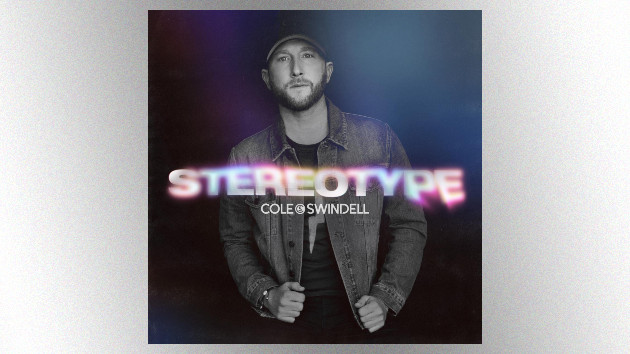 Sure, the title track of Cole Swindell’s upcoming album, Stereotype, is a fun-loving song — but there’s a deeper meaning behind its name.

“I was like, ‘I want my album to be called Stereotype,’ because there have been times in my career where people thought, ‘This is all this guy can do. He’s the ‘Chillin’ It’ guy. Here’s the beer guy.’ Whatever it is,” the singer reflects.

But as he put together the track list for his fourth outing, Cole made sure to include plenty of songs that would prove that opinion wrong. “There’s the fun stuff, and then there’s also stuff like ‘Walk on Whiskey’ and ‘Girl Goes Crazy,’” he says, pointing to the album’s final two tracks.

“Stuff that I haven’t really sang about before. That, I think, makes the album really what it is,” the singer adds.

It’s not the first time Cole’s been able to express his more vulnerable, singer-songwriter side in his music. Songs like “You Should Be Here,” “Dad’s Old Number” and “Break Up in the End” all speak from a more intimate and reflective place, he notes. But as his success has continued to grow, Cole says he’s found more leeway to release more and more music in that vein.

“Now I can play those stripped-down songs that hit you right here in the heart: That I love to write and I love to record,” he points out.

Stereotype arrives on Friday. The song’s lead single is “Never Say Never,” Cole’s duet with ﻿Lainey Wilson﻿, which recently made it to the final six nominees for Video of the Year at the upcoming CMT Music Awards. They’ll perform together during the show, which airs on CBS April 11.