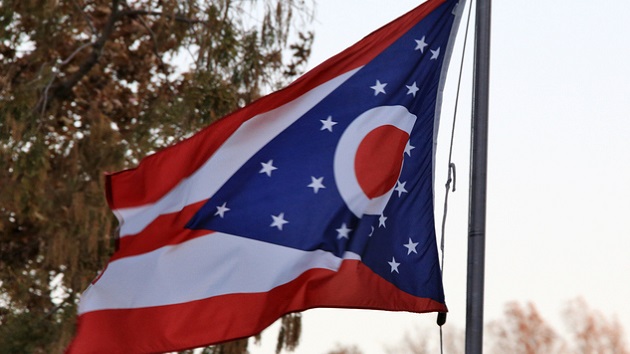 The bill combines language from Florida’s controversial Parental Rights in Education law, dubbed by critics as the “Don’t Say Gay” law, and anti-critical race theory legislation proposed by Republicans in some states.

The bill states that “curriculum or instructional materials on sexual orientation or gender identity” would be banned in classrooms starting from kindergarten through third grade.

In grades four through twelve, such instruction would be banned if presented in “any manner that is not age-appropriate or developmentally appropriate for students in accordance with state standards,” the bill reads.

It is unclear how age-appropriate or developmentally appropriate-ness is defined and applied.

Opponents of restricting LGBTQ content have been vocal with their outcries after Florida passed its Parental Rights in Education law.

LGBTQ advocates say the legislation would make LGBTQ identities taboo again and silence LGBTQ students and teachers in the classroom.

They say they expect these policies to have negative mental health impacts on LGBTQ youth who are already vulnerable to discrimination and bullying.

More than 225 bills that target LGBTQ content or identities have been filed in the first three months of 2022, according to LGBTQ media watchdog GLAAD.

“Ohio’s Don’t Say Gay bill is yet another insidious attempt to chill and censor free speech in the classroom. Lawmakers are effectively trying to erase LGBTQ+ people and skew history in their favor,” said Equality Ohio’s executive director, Alana Jochum, in a statement.

“Attacks like these are a product of a small minority of people pushing their agenda to dismantle diversity at all costs — and in the process putting educators and families in jeopardy for political gain,” she continued.

Critical race theory is a discipline in higher education that analyzes how racism impacts U.S legal systems. Intersectional theory analyzes how the different aspects of a person’s identity can affect how they may be impacted by discrimination.

The 1619 project is a New York Times initiative that reframes the story of America by placing “slavery and its continuing legacy at the center of the [country’s] national narrative,” according to the project’s website.

Opponents of this legislation say such laws villainize attempts to teach about race and diversity in public schools, shutting down lessons that could make students think about the history of oppression in the U.S.

Supporters of these kinds of bills, including Rep. Jean Schmidt who introduced the Ohio legislation, say that the legislation is intended to give parents more say over what their children learn.

“The classroom is a place that seeks answers for our children without political activism,” Schmidt said in a press release Tuesday. “Parents deserve and should be provided a say in what is taught to their children in schools. The intent of this bill is to provide them with the tools to be able to see what their child is being taught.”

So far, the bill only has two sponsors: Schmidt and Rep. Mike Loychik. Gov. Mike DeWine has yet to publicly announce his support for this bill.

Bills that restrict LGBTQ discussions, books, or curricula from classrooms have been introduced in Georgia, Tennessee, Oklahoma, Kansas, Indiana and other states.

However, a recent ABC News/Ipsos poll found that more than 6 in 10 Americans oppose legislation that would prohibit classroom lessons about sexual orientation or gender identity in elementary school.