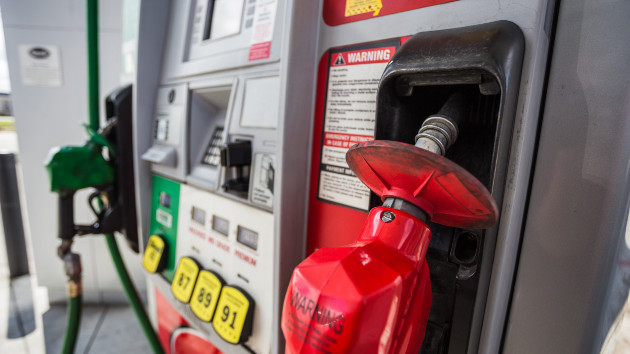 (WASHINGTON) — Six oil company executives are set to testify Wednesday on Capitol Hill about skyrocketing gas prices amid a political messaging battle over pain at the pump.

BP America, Chevron and ExxonMobil executives are among the “Big Oil” leaders who will face questions from lawmakers on the House Energy and Commerce Subcommittee on Oversight and Investigations.

The hearing comes as costs for gas rose following Russia’s invasion of Ukraine, which prompted the U.S. to put a ban on imports of Russian oil and gas. Though the price of gas has dropped slightly in recent days, Americans were still paying an average $4.17 as of Tuesday, according to American Automobile Association data.

Politicians on both sides of the aisle continue to fight over who’s to blame.

Democrats have worked hard to pinpoint Russia’s invasion of Ukraine as the source of the rise in gas prices, with President Joe Biden coining it “Putin’s price hike.”

Republicans, on the other hand, are quick to argue that the higher costs kicked in long before the war began and that Biden’s energy policies are what’s hurting Americans’ pocketbooks. Others are accusing oil companies of taking advantage of consumers by not lowering gas prices even though the price of oil has dropped.

Patrick De Haan, head of Petroleum Analysis at GasBuddy, told ABC News the reasons behind the cost of gas are more complex than any one of those narratives suggests.

“There’s too many political games being played in too many political points trying to be won. Neither side is portraying it accurately,” he said. “There’s a lot of factors that go into this and the politicians on both sides of the aisle are, you know, just using buzzwords and phrases and they’re using regurgitated, establishment talking points by their own parties … “

De Haan also noted the “extremely volatile” situation gas companies are in with regard to fluctuating oil prices.

“Stations are not eager to lower prices right now. Not necessarily because of, you know, they’re greedy or something but because the market is extremely volatile,” De Haan said, adding that “if they were to pass along a decrease one day, they may have to raise prices another 25 to 50 cents the day after if the market goes back up.”

Instead, he said the “stations are essentially smoothing out the incredible volatility and they’re cautiously passing along decreases once they are kind of certain that they’re not going to have to raise prices again.”

PolitiFact also noted that “experts who study the price of oil and gas said it can take weeks for gasoline prices to respond to changes in crude oil costs” and that “Russia’s invasion of Ukraine, increased labor costs, the pandemic and additional taxes and inflation have all contributed to rising gasoline prices.”

“The Democrats aren’t making something up to point out how this is a really acute example of what dependency on oil and gas would get you. That’s exactly right. And the oil companies, they don’t care at all,” he said.

But Wiles noted the rising cost of gas started long before the Russian invasion of Ukraine.

“Oil companies are bad in war and peace,” he said.

ABC News reached out to all six oil companies expected to testify Wednesday but none provided a comment.

As the oil company executives face members of the House, lawmakers are also scrambling to pass legislation to provide immediate relief as a consequential midterm season quickly approaches.

Most recently, Biden announced the release of one million barrels of oil per day from oil reserves to combat high gas prices; though, senior White House administration officials couldn’t say how quickly Americans will start to feel relief from it.

At her weekly press conference last week, House Speaker Nancy Pelosi said Congress is looking to help as long as the benefit goes directly to consumers, likely in the form of a rebate card or a direct payment.

And some progressive Democrats are renewing their push toward more long-term investments in renewable energy to end oil dependency.

For their part, House Republicans on the Natural Resources Committee introduced a package of bills last week reversing the Biden administration’s moratorium on federal onshore and offshore lease sales.