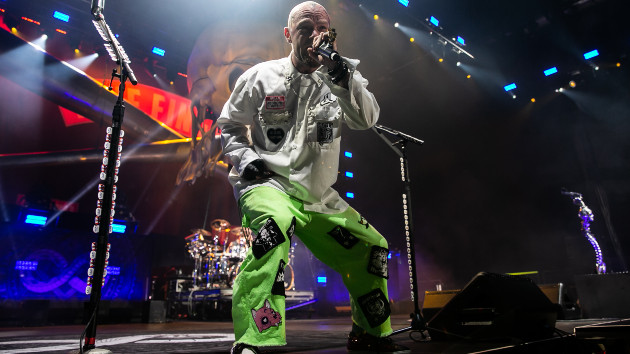 Five Finger Death Punch‘s next album is ready to go.

The Las Vegas metallers have revealed that they “just finished” their upcoming ninth studio effort “this week.” The news arrives alongside a new lyric video for “Brighter Side of Grey,” a track off the most recent FFDP record, 2020’s F8.

“It is a more than fitting commentary to what’s going on in the world that probably needs a good reminder right about now that we are here only for second, a tiny blip on the flow of time,” the band writes of “Brighter Side of Grey.” “Not just as individuals but as an entire species…It took a trillion conditions to be just right for human life to exist in this Universe yet it takes just one to go terribly wrong and make it all disappear.”

Death Punch adds that “Brighter Side of Grey” “serves as the perfect bridge” to the next album, which “generally revolves around similar existential questions.”

“It’s incredible how much we don’t understand about our own existence, yet everyone’s relationship with the concept of death permeates, even orients their entire lives,” the band says.

The currently untitled album is expected to drop later this year.