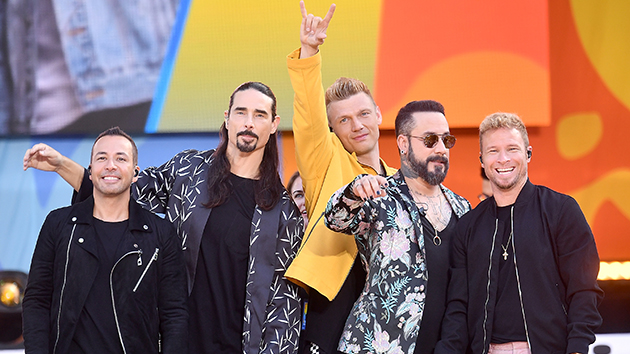 The Backstreet Boys are going global with their upcoming DNA Tour.  On Tuesday, the hitmakers revealed they’re not only adding new dates to the North American leg of their tour, they’re also going to Europe.

The DNA Tour kicks off in Las Vegas this upcoming weekend and, to ensure they see as many fans as possible, BSB added several major U.S. cities to their itinerary.  New stops include Portland, Nashville, Austin, Cincinnati and others.  In addition, the “Everybody” singers will also visit Canada with stop sin Edmonton, Alberta; Ottawa, Ontario; Winnipeg, Manitoba; and more.

The DNA North American tour runs until September 14, with a final stop in Oklahoma City’s Paycom Center before the boys jet across the pond to Lisbon, Portugal to resume their trek on October 3.  The tour will visit Spain, Germany, Italy, Poland, Hungary, Netherlands, Switzerland and the U.K.

The DNA World Tour is in support of Backstreet Boys’ 10th studio album, DNA, which dropped in 2019 and features the hit song “Don’t Go Breaking My Heart.”  Unfortunately, the boys had to pump the brakes on their tour plans because of the ongoing pandemic, but they’re now ready to hit the gas on their biggest arena tour in nearly 20 years.

Tickets for previously announced dates are on sale now.  Fans hoping to catch BSB at their new North American concert stops can purchase tickets this Friday, April 8, at 10 a.m. local time on the group’s official website.

While waiting to catch the boys live in action, you can watch the first part of their new Making of the DNA Tour docuseries on YouTube.