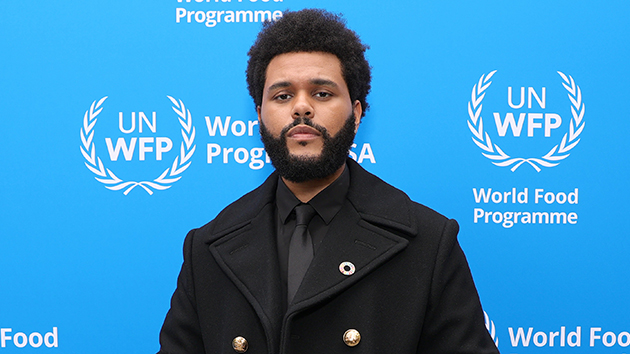 The Weeknd wasn’t at the Grammy Awards Sunday night, following last year’s controversy when his smash hit album After Hours failed to snag a single nod.  Instead, he took to Twitter and ignored music’s biggest night.

To recap why the Weeknd paid the Grammys no mind on Sunday, rumors claim the Recording Academy gave him an ultimatum last year: perform at the Super Bowl Halftime show or the Grammy Awards, not both.

The Weekend chose the Super Bowl and when After Hours was famously snubbed, that sparked rumors the Academy did so out of spite.  Following the controversy, The Weeknd vowed to never submit any of his work for consideration and called for a boycott of the Grammy Awards.

The singer kept his word and, instead of celebrating Sunday night’s winners, spent the day interacting with his fans on Twitter and promoting his upcoming “Out of Time” music video.  He, his birth name Abel Tesfaye and his songs soon became trending topics.

“Wow what a day … today belongs to us,” The Weekend tweeted in celebration.

Because Abel was trending, the singer jokingly mulled over ditching his stage name.  “Maybe pull a YE and just legally change my name to ABEL. no last name. Like Madonna or Cher or Prince. I don’t know it seems like a lot,” he proposed, which caused fans to beg him to release an album titled Abel.

The Weeknd also floated the idea of going as the artist “[formerly] known as The Weeknd,” responding to a reply by John Legend that “ABEL is dope” by saying he’s “tempted” by the idea.

Ironically, The Weeknd did pick up a Grammy Sunday, thanks to YE: Their “Hurricane” collab won Best Melodic Rap Performance.