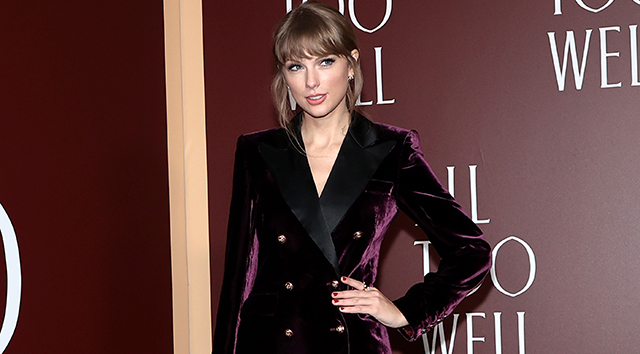 Think Taylor Swift has taken over the news? You’re not alone.  The headlines have been seemingly nonstop since she released Red (Taylor’s Version). Here’s the three latest updates about what’s going on in Taylor’s world.

First up: Fans widely believe the song “All Too Well” is about Taylor’s old flame, actor Jake Gyllenhaal, especially after the singer added this new and somewhat telling lyric to the 10-minute version of the song: “You said if we had been closer in age maybe it would have been fine/ And that made me want to die.”  Well, Jake might have finally weighed in — though his rumored cat, Ms. Fluffle Stilt Skin.  Ms. Fluffle has her own Instagram page, believed to be run by Jake but never confirmed, and referenced another Taylor song when telling her followers, “MEOUCH – y’all need to clam [sic] down and stop cyber bullying.”  Shortly after that, someone in Jake’s camp told E! News the actor has “no interest” in the drama and is “living his life and focused on himself.  He’s ignoring all of the noise.”

Next: If you want to recreate Taylor’s look from her “I Bet You Think About Me” music video, better kiss all your free time goodbye. Nicole + Felicia Couture created Taylor’s attention-grabbing white wedding dress and its red replica, which took “approximately 1,200 hours to complete,” reports Page Six.  That’s 50 days.  The dressmaker reveals there are 2,500 flowers on each gown and all the petals were handmade.

Lastly: Taylor is reportedly skipping Sunday’s American Music Awards.  A source tells Hollywood Life Taylor’s “taking a break” from public appearances and instead, will let her recent SNL performance “speak for itself.”  Taylor’s up for three big awards this year — artist of the year and favorite pop/rock female artist and album.