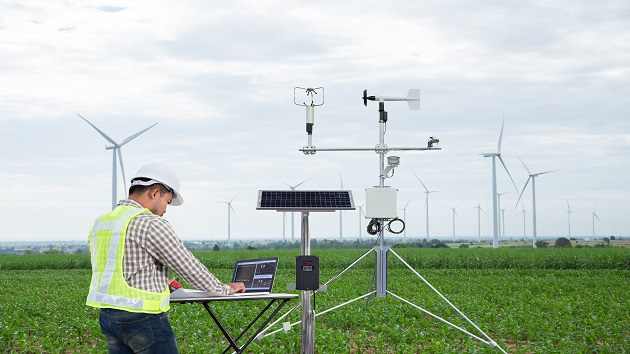 (GLASGOW, U.K.) — Leaders from nearly every country in the world have converged upon Glasgow, Scotland, for COP26, the United Nations Climate Change Conference that experts are touting as the most important environmental summit in history.

The conference, delayed by a year due to the COVID-19 pandemic, was designed as the check-in for the progress countries are making after entering the Paris Agreement, which aims to limit global warming to well below 2 degrees Celsius, a value that would be disastrous to exceed, according to climate scientists. More ambitious efforts aim to limit warming to 1.5 degrees Celsius.

Not one country is going into COP26 on track to meeting the goals of the Paris Agreement, according to experts. They will need to work together to find collective solutions that will drastically cut down on greenhouse gas emissions.

“We need to move from commitments into action,” Jim Harmon, chairman of the World Resources Institute, told ABC News. “The path to a better future is still possible, but time is running out.”

All eyes will be on the biggest emitters: China, the U.S. and India. While China is responsible for about 26% of the world’s greenhouse gas emissions, more than all other developed countries combined, the cumulative emissions from the U.S. over the past century are likely twice that of China’s, David Sandalow, a senior research scholar at Columbia University’s Center on Global Energy Policy, told ABC News.

Here’s how the conference is developing. All times Eastern.

Karine Elharrar-Hartstein, Israel’s national infrastructures, energy and water resources minister, was not able to attend COP26’s leaders’ summit because the venue was not handicap accessible.

Elharrar, who uses a wheelchair, tweeted she was disappointed with the United Nations, which she said promotes accessibility for people with disabilities, but in 2021, does not provide accessibility to all of its events.

“I am disturbed to hear the @KElharrar was unable to attend meetings at #COP26,” Wigan tweeted. “I apologise deeply and sincerely to the Minister. We want a COP Summit that is welcoming and inclusive to everyone.”

Indian Prime Minister Narendra Modi announced the country will reach net-zero emissions by 2070, one of five pledges he made during his remarks at the COP26 leaders summit.

Modi said India will commit to increasing non-fossil fuel energy capacity, fulfilling 50% of its energy needs with renewable energy, reducing carbon emissions by 1 million tons and reducing the carbon intensity of its economy by 2030.

“These five elixirs will be an unprecedented contribution from India toward climate action,” Modi said.

India has been one of the countries under pressure to update its commitments to the Paris Agreement, especially because of the country’s heavy reliance on coal. India contributes around 7% of global greenhouse gas emissions.

Modi is scheduled to announce a global clean energy initiative with Boris Johnson and Biden tomorrow.

In his statement, Jinping said that China, the world’s top emitter, will speed up its transition to green and low-carbon, renewable energy sources.

Widodo congratulated Biden on his January 2020 victory, to which he replied, “Thank you very much. Thank you for recognizing it.”

Although not a part of his official COP26 schedule, Biden also met with Estonian Prime Minister Kaja Kallas.

Estonia was one of the last G20 countries to sign on to the agreement, along with Ireland and Hungary.

According to a readout sent by the White House, the leaders spoke about the cooperation between the two countries on climate and defense.

Biden “conveyed his support for Prime Minister Kallas’ efforts to promote trusted connectivity and high-standards infrastructure investment in Europe and around the world,” the readout said.