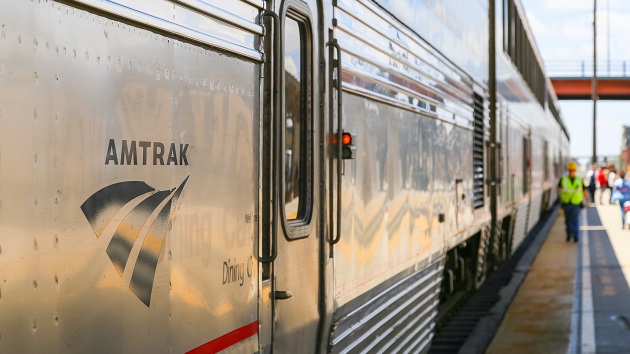 (NORTH CHARLESTON, S.C.) — Three people are dead and a fourth was hospitalized after an Amtrak train collided with a car at a railroad crossing in South Carolina early Saturday.

Responding officers and firefighters found a “vehicle off the roadway with heavy damage” and four people “in the area of the damaged vehicle,” the fire department said in a statement.

Three people were pronounced dead at the scene and a fourth was treated by firefighters before being transported to a local hospital, authorities said. The fire department did not have an update on the person’s condition Saturday afternoon.

All four are believed to have been in the car on the railroad crossing when the collision occurred, and the train was able to make a controlled emergency stop after the crash, authorities said.

There were no injuries reported aboard the train, which was carrying 500 passengers, the fire department said.

The North Charleston Police Department and railroad operator CSX are investigating the cause of the accident.

Amtrak did not immediately respond to a request for comment from ABC News.