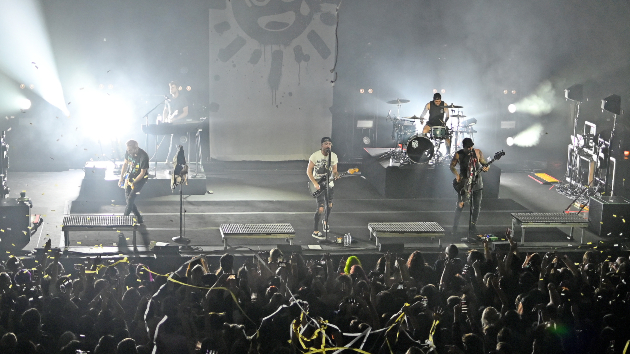 The opening bands on All Time Low‘s ongoing tour have dropped off the bill following allegations of sexual misconduct against the “Monsters” group.

Both nothing,nowhere. and Meet Me @ the Altar announced Wednesday that they will no longer be a part of the tour. Instead, the two groups will be playing a run of newly announced shows together throughout the next week.

The allegations against All Time Low first surfaced following a TikTok video in which someone states that a “famous pop punk band” invited them onto the group tour bus when they were only 13, and engaged in inappropriate behavior, including giving them alcohol. The person who posted the TikTok did not name All Time Low specifically, but heavily implied they were talking about the “Dear Maria” rockers.

The TikTok was then followed by an anonymous social media account specifically accusing guitarist Jack Barakat of grooming, abuse and sexual assault.

In a statement credited to all four band members posted this past Monday, All Time Low denied all allegations as “absolutely and unequivocally false.”

All Time Low’s tour is scheduled to continue Thursday in Des Moines, Iowa, and run through a November 12 date in San Diego.